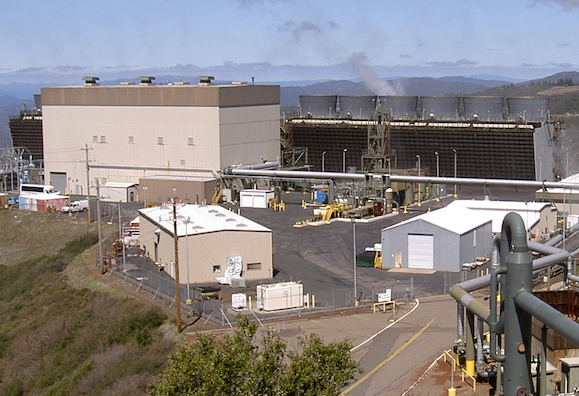 Last fall, the California legislature passed SB 350, a bill that will increase the state’s renewable energy generation to 50 percent by 2030 utilizing resources like wind, solar, biomass, and geothermal energy. This goal will be a first. No large-scale economy like California has ever attempted to transition to a grid powered in majority by renewables. With such high-reaching plans and only a decade and a half to deliver, where does the state go from here?

There are countries with grids which are almost fully powered by renewables, like Iceland, Costa Rica, and New Zealand, but none of these countries have economies as large, loads as complex, or are as geographically diverse as California. So the lessons learned from these grids may not be applicable to California. Most importantly is how will California accomplish this task responsibly so that carbon emissions are permanently reduced and the future grid saves ratepayers money on their utility bills?

Study after study on the California energy landscape point toward the same answer: make the grid diverse. California’s grid will require a mix of renewable resources like solar, hydropower, storage, wind, and geothermal. For example, a study commissioned by the Walton Family Foundation on a 50 percent renewable grid found that “replacing 10 TWh of solar PV with geothermal . . .  reduces CO2 emissions by 4.2 million metric tons per year in California and 2.4 MMT/yr in the rest of the West.”

For comparison, a reduction in 7 million metric tons of CO2 emissions is the equivalent of eliminating the need to burn 7.5 billion pounds of coal or eliminating the emissions caused by about a million homes’ worth of electricity consumption per year. That number is not trivial. Those savings would be on top of the additional 40-50 million metric tons from CO2 that can be saved from the power sector in 2030 annually on a 50 percent renewable grid.

The savings in question are not only limited to carbon emissions. The Low Carbon Grid Study also found “the total statewide utility revenue requirement in 2030 has been estimated at $38.2 billion per year. Thus adding geothermal power to the RPS portfolio saves almost 2 percent on statewide utility bills.”

A recent staff paper by the California Public Utilities Commission (CPUC) agrees with the Low Carbon Grid Study’s conclusions. In their analysis, when geothermal resources are procured at costs at ~$5,000/kW or less, CPUC staff state that, “reducing geothermal costs and forcing in geothermal resources at the same time . . . reduces the revenue requirement and rate impact relative to the default portfolio, even after accounting for increased transmission infrastructure.”

This fact has been shown for some time. Even when a 50 percent RPS was just on Sacramento’s wish list, the consulting and analytics firm E3 studied a 50 percent renewable grid in California and found: “The Diverse Scenario shows a substantially lower rate impact than the more heavily solar dominated cases, primarily because the diverse portfolio results in less overgeneration.”

A recent study by the U.S. Department of Energy that reverse-engineered the levelized cost of energy (LCOE) from public power purchase agreements estimated LCOE’s for geothermal projects constructed in the last decade ranged from roughly $40 to $80/MWh.  Furthermore, analysis from another division of DOE, the Energy Information Administration, wrote in their latest LCOE analysis, “geothermal cost data is site-specific, and the relatively large positive value for that technology results because there may be individual sites that are very cost-competitive.”

Despite its low cost, geothermal still faces hurdles due to high upfront risk, expensive drilling costs and a lack of support from state and federal government policy makers. If Californian officials want to pass these environmental and cost benefits on to their citizens, it is essential geothermal power be given equal footing with other renewables in public policy. In addition, programs that specifically target geothermal risks, like cost-shared drilling, insurance products, and exploration programs, are essential for building new power plants. A change in California policy would be a positive step for the state.

The Walton Family Foundation’s new report concluded: “A change in California policy that recognized the system benefits of adding additional geothermal would create a market for new geothermal, resulting in easier access to PPAs and lower cost of capital.”

Moving forward, the evidence suggests policy makers should be discussing how to integrate a diverse mix of renewables into the grid that both reduces costs for ratepayers and saves CO2. As climate change continues to be a driver for renewable energy procurement, every ton of carbon dioxide saved is one less ton counting against the global carbon budget. While exciting technological developments have driven down the cost of renewable energy technologies, like PV panels, battery storage and wind turbines, it’s important to not forget how all these technologies can fit together to create a lowest-cost future for customer utility bills at the end of the month as well.