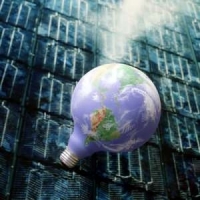 New Hampshire, United States [RenewableEnergyWorld.com] Policies that affect the renewable energy industry are as diverse as the nations, regions and communities that enact them. The year 2008 saw both progress and regression in some of these policies with the U.S putting in place an 8-year federal tax credit for solar energy and Spain reducing its feed-in tariff levels, leaving many developers scrambling to finish projects as quickly as possible.

RenewableEnergyWorld.com brought you coverage of these and many other policy stories throughout the year in our news, video, podcast and opinion sections. Below is a list of your favorites based on page views as well as some of ours. We hope that you enjoy taking a look back at the year in policy with us.

The top policy story of the year was the culmination of the U.S. Federal tax credits saga that played out over the first 10 months of the year. The credits were finally passed as part of the infamous Wall Street bailout package that was pushed through congress in October. The package included an eight-year extension for the solar investment tax credit, a one-year extension for the wind energy production tax credit and two-year extensions for the geothermal, ocean and hydro energy production credits. This was an issue that you, our readers, followed intently throughout the year.

Between the two houses of the U.S. Congress, 14 votes took place in an effort to pass on the tax credit extensions. One of these votes was in the House of Representatives in May and at the time it looked like it was going to be the watershed moment for the industry. The credits failed to pass the Senate, however, as partisan bickering over how the credits would be paid for held up the process until the final passage in October.

Germany is most often associated with the solar energy market and the feed-in tariff, but our contributor Jane Burgermeister looked at the geothermal industry in Germany and how the the country’s government has helped to grow that market by making drilling a more financially viable option.

Rounding out the top five is another Jane Burgermeister story. She took a look at the efforts in France to increase the use of renewables from 6.7% in 2004 to 20% by 2020 by using both feed-in tariffs and tax breaks. This effort seems to be working as wind and solar energy projects have been coming online every week over the past few months.

Presidential Candidates: How Green Are They?
by Chris Stimpson

The U.S. Presidential election campaign made headlines around the world. In the lead up to the general election, Solar Nation’s Chris Stimpson looked at the original field of candidates and assessed just how “green” and friendly to the renewable energy industry their policies might be.

Vote Solar’s Adam Browning dissected what a feed-in tariff would look like in the U.S. and how it may need to be significantly more complex than the widely-cited German model.

In addition to bringing you policy stories that were the most highly-read, I thought I would highlight some of my personal favorites.

Communities and nations around the world have looked at the German and Spanish solar markets as both a source of inspiration and envy as they have boomed in the wake of the passage of its feed-in tariff. In 2008, Britain, France and Greece enacted similar policies along with a few communities in the U.S. that took the first steps toward putting some kind of feed-in tariff in place.

Paul Gipe looked into the progress of the British and French tariffs. He also brought us news out of New York and California as industry groups and publicly owned utilities in those states came out in support of feed-in tariffs.

Jim Peirbon took a look at the bill introduced in Congress by Rep Jay Inslee (D-WA) that called for renewable energy pricing to be put in place in a similar way to a feed-in tariff. There was also news out of Spain as the tariff level was lowered and Greece where a €0.40-0.50 feed-in tariff was enacted.

The U.S. renewable energy markets have been spurred on not only by federal investment and production tax credits, but also at the state and utility level as these bodies push to reach the renewable portfolio standards that they have set. RenewableEnergyWorld.com’s managing editor, Jennifer Runyon delved into the numbers to find out how close states are to reaching their goals.

Hawaii and Missouri vaulted onto the the list of states looking to grow their renewable energy markets. Hawaii created a bold list of goals including a commitment to integrate as much as 1,100 megawatts (MW) of already-identified additional renewable energy on the Hawaiian Electric companies’ grids (700 MW to be implemented within five years). Missouri voters were one of the few constituencies in the U.S. that voted yes on a green energy measure in November which calls for the state’s utilities to bring in 15% of its electricity from renewable sources by 2021.

RenewableEnergyWorld.com’s staff writer and podcast editor Stephen Lacey explored the issues that surround the Solar Renewable Energy Credit (SREC)-only markets in states like New Jersey and Maryland in his May 1 Inside Renewable Energy podcast and in a feature story the following week. In these markets, instead of relying on up-front payments from the state as an incentive, owners of solar systems earn money by selling certificates to utilities or other aggregators to help meet RPS goals. The philosophical debate surrounding these issues took over the RenewableEnergyWorld.com comment board as readers on all sides of the issue voiced their opinions.

The solar hot water market is often overlooked in the wider conversations around the renewables market. Renewable Energy World Magazine’s Lisa Wood showed how solar thermal systems can be a part of the renewable portfolio standard pictures by allowing system owners to sell “greentags.”

The Regional Green House Gas Initiative held its first CO2 auction this year. The group said that it was overwhelmed with demand and sold all of the credits quickly. More auctions are planned for the future and if this is any indication, establishing a U.S. carbon market may already have the traction it needs to get a hearing during the next U.S. Congress.

On a more sour note, Colorado reduced it’s incentives for solar energy to a level that some say will grind the industry to a halt over the coming months. We heard from Blake Jones of Namaste Solar about the reasons behind the reduction, what the result in Colorado could be and what has already started to happen.

When the U.S. elected Barack Obama as it’s next president, the renewable energy industries breathed a sigh of relief. Obama made renewable energy one his campaign issues and Tam Hunt from the Community Environmental Council said that the next four years may be the best yet for the U.S. industry.

Is there a particular renewable energy policy story that you would like to see covered in RenewableEnergyWorld.com in 2009?  If so, talk to us. Leave a comment below to let us know what you’d like to read more about in the coming year.

To hear from industry leaders and companies from across the renewable energy spectrum on the year in policy 2008, play the video below.

For more policy news and information, check back with RenewableEnergyWorld.com everyday and sign up for our weekly newsletter, which brings you all of the policy, technology and finance news from around the world right to your inbox.