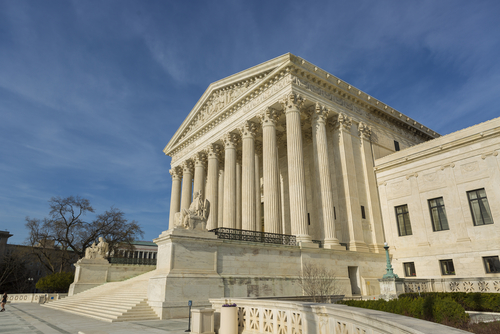 More than two dozen American states asked the U.S. Supreme Court to put on hold President Barack Obama’s carbon dioxide-cutting Clean Power Plan after their request for a similar pause was rejected by a lower court.

Led by West Virginia and Texas, the 26-state coalition filed its bid for relief with the nation’s highest court on Jan. 26. Last week, a federal appeals court declined to put the rules on hold pending the outcome of legal challenges.

Enacted in October by the Environmental Protection Agency, the Clean Power Plan aims to reduce U.S. carbon dioxide emissions by 2030 to 32 percent below where they were in 2005. The plan would compel states to use less coal and more renewable resources including solar and wind power.

Opponents of the initiative, including utility companies, manufacturers and the coal industry, have decried the measure as a federal power grab. The first lawsuits were filed in Washington on Oct. 23, the day the final regulations were published.

States must submit at least initial drafts of their emission reduction plans by Sept. 6. Final plans are due a maximum of two years later.

“The Obama administration has exceeded its authority in imposing a plan that will kill jobs and significantly raise electric bills for all Americans,” Texas Attorney General Ken Paxton said in a statement announcing the Supreme Court filing.

States fighting the regulations include coal-rich Kentucky and Wyoming, as well as Utah, Oklahoma, Ohio, Indiana, Michigan and New Jersey. At least 18 states, including New York and California, have filed papers at the lower court supporting the regulations.