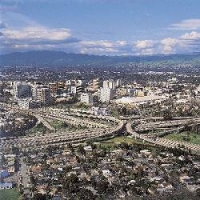 San Jose, California [RenewableEnergyAccess.com] The largest business-to-business solar energy event in the history of the United States officially kicks off today, and attendance at the week-long Solar Power 2006 in San Jose, California, is expected to more than triple — up from 1,300 last year — to nearly 5,000 attendees. The historic turnout includes some of the biggest names in Silicon Valley such as keynote speaker Vinod Khosla, founder of Sun Microsystems and president of Khosla Ventures.

Only in its third year, the sharp increase in conference attendance is due in large part to “broad public interest in the context of a growing energy crisis” and new policies like the California Solar Initiative and SB 1, according to Julia Judd, conference chair and Executive Director of Solar Electric Power Association (SEPA). “A combination of factors, including the long-term commitment by California and the softening of some international markets, has made the U.S. a much more attractive market for international solar companies. We are seeing a huge increase in international participation, especially those from Germany, China and Taiwan,” said Judd. Along with new players in the solar market like equipment manufacturer Applied Materials, financial giants like JP Morgan, Goldman Sachs, Morgan Stanley, Piper Jaffray, Bank of America and GE Consumer Finance, are all sending representatives. The conference will also play host to major corporations considering solar for their facilities such as Target, Southwest Airlines, Sprint and Intel. It has been confirmed that California Governor Arnold Schwarzenegger, who recently signed the landmark Global Warming Act AB32 into effect, will speak at Solar Power 2006 on Thursday at 12 p.m. “This conference will be the largest solar event in U.S. history,” said Judd. “Riding on the wave of strong industry growth trends, conference pre-registration numbers are surging and we are seeing strong participation from players outside of the traditional ‘solar chain’ — i.e., utilities, raw material suppliers, financiers, homebuilders, startups, and large end-users. Solar Power 2006 will be a launching pad for innovation and formation of new business partnerships.” Innovation, the theme of this year’s event, will be a key concept for the solar industry in the both the short- and long-term in light of the current silicon supply shortage, said Judd. And with approximately 165 companies on the exhibit floor, along with dozens of sessions led by leading industry experts, attendees will experience firsthand the wide range of innovative and next-generation solar technologies, business models, energy policies and market opportunities. Tuesday sets the conference in full swing with individual morning keynote addresses by Khosla, California Public Utilities President Michael Peevey, and the Head of Toyota’s alternative fuels vehicles program Celeste Migliore. The keynotes will be followed by the opening plenary session, California: The World’s Third Largest Market and Growing. “I think people from California want to hear the program details so they can figure out how it will impact them, and people from other states and countries want to hear the program details to figure out if they should try to emulate the program,” said Judd. Other “must-attend” sessions will be Performance-Based Incentives, Financing Solar Projects, and What’s Hot, What’s In: Investment Opportunities in Solar. Special events include a networking reception at the Tech Museum of Innovation, which features hands-on and interactive exhibits including “Green by Design.” The conference will also host a “Celebrating Solar Innovation” wine and food pairing reception, featuring wines from vineyards that have installed solar photovoltaics on their facilities, as well as a tour of local solar installations. For those in the San Jose area next week, the conference will offer the public the chance to attend the expo and educational seminars Tuesday evening, October 17, from 5 to 8 p.m. The Solar Power Conference and Expo (October 16-19) is organized by SEPA and the Solar Energy Industries Association (SEIA). RenewableEnergyAccess.com will be in attendance. Please visit us at Booth 124, the cyber cafe. We look forward to meeting you!