Madrid, Spain — Red Electrica reported this week that Spain generated nearly 3% of its electricity from solar energy in 2010.

Despite withering criticism of Spain’s once-thriving solar industry, projects installed during the boom years of 2007 and 2008 are producing commercial quantities of electricity.

The new renewables of wind and solar in combination provided 19% of supply.

Together both new and conventional renewables delivered 34% of Spain’s electricity.

Spain’s climate, geography, and population are similar to that of California. Spain’s 46 million inhabitants consume some 260 TWh per year. 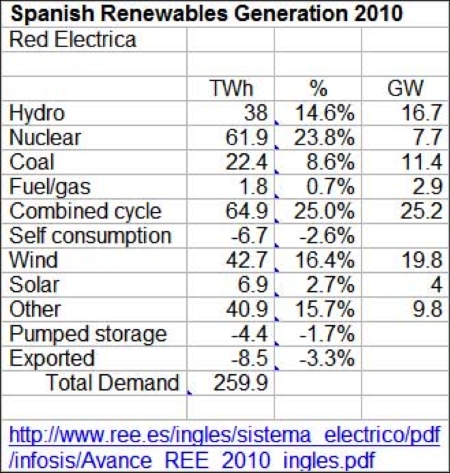