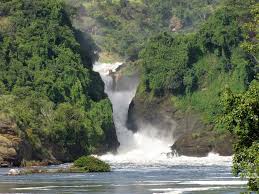 The Electricity Regulatory Authority (ERA) in Uganda has lifted its objections to a South African firm conducting a study for a 360-MW hydropower plant at Murchison Falls.

According to the tourism ministry, Uganda will approve the feasibility study into building a hydro powerhouse near the awe-inspiring Murchison Falls. This decision comes three months after vowing to scrap the project.

The state minister for tourism, Godfrey Kiwanda, told AFP: “Cabinet decided that there must be a feasibility study and that scientific study will form the basis on whether the proposed hydropower project should go on in Murchison Falls National Park or not.”

In July 2019, ERA published a notice indicating that a South African firm, Bonang Power and Energy, had applied for a permit to conduct a feasibility study on a 360-MW power project on Murchison Falls.

The project is located on the Nile River between the Ugandan lakes Kyoga and Albert. Murchison Falls also lends its name to one of Uganda’s largest national parks frequented by tourists seeking to view lions, hippos, elephants, buffalos and giraffes.

Plans by Bonang Power and Energy to develop the hydro project were first announced by ERA in June. In August, Tourism Minister Ephraim Kamuntu said the cabinet had agreed to scrap a project that would “affect the scenery, ecosystem and subsequently tourism.” The about-turn has infuriated tourism operators, who fear the project could irreversibly scar one of East Africa’s natural wonders.

Kiwanda said the study would establish whether it was “tourism or electricity generation that benefits the country more.”

This article was adapted from one previously published on the ESI-Africa website.