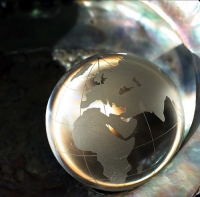 ORLANDO — Did you know that the United Nations declared 2012 “International Year of Sustainable Energy for All” (SE4ALL)? During a Wednesday morning session of SPI, speakers from the United Nations Foundation, World Bank, Solgenix and the Solar Energy Industries Association (SEIA) discussed how solar can be used to help people worldwide who are without electricity.

In response, the UN launched the SE4ALL campaign, with an objective to reach three goals by 2030: ensuring universal access to modern energy services, doubling the global rate of improvement in energy efficiency and doubling the share of renewable energy in the global energy mix.

The UN has identified 40 countries as areas of energy need. In many of these countries, solar can be a big part of the solution, Van Leeuwen said. “Solar energy has 25 to 80 times its current potential.”

As average PV module prices have fallen by nearly 75 percent in recent years, more developing nations are able to turn to solar, she said.

Xiaoping Wang, senior energy specialist with the World Bank, spoke about the World Bank’s efforts to bring funding for electricity to Latin America.

The challenges to bringing electricity to Latin America include the region’s difficult topography, high connection costs with low consumption, and consumers’ limited access to finance, Wang said. “We estimate to overcome these challenge and reach universal access for Latin America, there would need to be an $8 billion investment.”

In conjunction with the SE4ALL initiative, SEIA has launched The Solar Industry Commitment to Environmental and Social Responsibility, which John Smirnow, vice president, trade & competitiveness, shared during the session.

One of SEIA’s top priorities is to help ensure a sustainable solar supply chain globally. In support of this mission, SEIA is taking proactive steps to promote environmental and social responsibility within the industry, Smirnow said. To learn more about SEIA’s mission, visit www.seia.org.

Watch the video below to see more on the conversation about the United Nations’s SE4All Initiative.