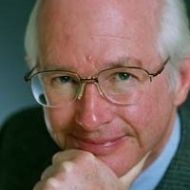 The Sacramento Municipal Utility District (SMUD), the nation’s sixth largest publicly owned utility, announced with much fanfare that its board of directors had approved the introduction of feed-in tariffs for renewable energy in 2010.

SMUD made the decision for all the right reasons. “For SMUD and our customers, the FIT [feed-in tariff] will be mutually advantageous,” said the board’s briefing documents. “By standardizing our purchase offer, the FIT will streamline the time and effort currently required to contract with power generators. For customers, the FIT will provide a new opportunity to sell power at a fair market price from small-scale generation units. In particular, the FIT for Renewable Generation will assist SMUD in meeting the goals not only for our Renewable Portfolio Standard (RPS), but also for greenhouse gas reduction.”

On the surface, SMUD’s proposal appears bold By California standards. The program would apply to projects up to 5 MW and the overall program is capped at a relatively high 100 MW. And in a likely a first for North America, SMUD’s plan will also include fossil-fuel fired Combined Heat & Power (CHP) projects. (SMUD will join Britain in offering specific feed-in tariffs for CHP plants in 2010.)

SMUD’s plan also includes all renewables unlike the program in Gainesville where the municipal utility earlier this year launched a highly successful feed-in tariff program for solar PV only.

Like the tariffs determined by the California Pubic Utility Commission (PUC) for its feed-in tariff program, SMUD’s tariffs are based on the “value” of the generation to SMUD. As in the PUC’s program, the tariffs vary by time of day and season of the year.

In a recent analysis of the California PUC’s feed-in tariff, Toby Couture of E3 Analytics found that only 14 MW have been installed in the 500 MW program. There are 36 million people in California. In contrast, Gainesville, with a population of 90,000, is expected to install 4 MW in its first year.

SMUD makes no differentiation between technologies, size, application, or resource intensity, unlike successful programs in Europe and the proposed feed-in tariff program in Ontario, Canada.

Payment under SMUD’s program will require a sophisticated analysis of hour-by-hour generation and the probability of occurrence. For example, the tariffs for a 20-year contract beginning in 2009 vary from $0.082 USD/kWh during the shoulder season to $0.29 USD/kWh during superpeak.

SMUD, one of California’s more respected utilities, tried to hedge its tariffs by offering a bonus for the generation’s green value. The proposed tariffs include the wholesale cost of power avoided plus estimated greenhouse gas mitigation costs and the cost due to natural gas price volatility. For a 20-year contract, the greenhouse adder is $0.0111 USD/kWh and the gas-price hedge is $0.0115 USD/kWh for a total premium in 2009 of $0.0227 USD/kWh.

Here’s a summary of the program.

Industry analysts were quick to applaud SMUD’s effort while noting the program’s deficiencies.

It’s clear that SMUD is trying to move the policy needle in California suggests Craig Lewis, a founding member of the [California] FIT Coalition. “The fact that SMUD raised the project size limit to 5MW is indicative that they believe distributed generation projects can be seamlessly integrated into the distribution grid in California,” says Lewis in reference to the lower limit of 1.5 MW in the PUC’s program.

Lewis goes on to note that possibly SMUD’s most significant contribution to the renewables debate in California is the program’s target of 100 MW. SMUD serves 1.4 million customers in and around the state capitol. According to Lewis, SMUD’s program “scales to a statewide equivalent of roughly 3,000 MW. This provides an informative example for both the California legislature and the PUC.”

The PUC’s current program is limited to slightly less than 500 MW. The California Solar Initiative (CSI) is limited to 3,000 MW of solar PV. SMUD’s program alone is equivalent to the statewide CSI. “These are the minimum FIT program sizes that California policymakers need to be considering if they want to make the RPS [Renewable Portfolio Standard] real,” Lewis argues.

But it’s SMUD tariffs that give analysts the most concern.

“SMUD’s feed-in tariff price structure is a maze of 216 different payment rates for different seasons, times of day, contract lengths, and starting year,” says Robert Freehling, a renewable energy consultant. “Even after a developer picks a technology, a starting date and a contract length, individual projects will be subject to nine different rates that depend on time of day and season of the year for the duration of their contract.”

Freehling, who notes that SMUD has otherwise been a leader in energy efficiency and renewables in California, “is trying to fit a round peg in a square hole” by using such “market rate” formulas. “While the goal of getting good value for ratepayers is valid, this particular pricing design has been repeatedly shown to be ineffective for feed-in tariffs. California’s “market rate” feed-in tariffs are a great example of how this does not work.”

“While SMUD has been at the forefront of innovative utility policy in the U.S. since the 1990s,” says Toby Couture, Canada’s leading feed-in tariff analyst, “it’s missing one of the basic lessons from countries around the world: the tariffs have to be cost-based to drive substantial amounts of investment. Investors expect a return,” Couture says, “and if they can’t guarantee that, they’re likely to look elsewhere.”

“The countries that have had success with feed-in tariffs base their prices on the actual costs of renewable energy generation. If the FIT prices aren’t cost based, they’re not likely to attract capital, for the simple reason that investors need to know they’re going to make money,” Couture explains. “This doesn’t need to be returns of 15-20 percent. Markets in Germany and Spain have shown that reliable returns of 5-8 percent are typically adequate to attract large amounts of investment to the renewable energy sector. This is even more likely to hold true in today’s financial markets.”

Lewis, of the FIT Coalition, fears the worst. “It appears that SMUD’s FIT is going to be insufficient.” He estimates that the average payment under the SMUD program for solar PV “will be in the $0.17 USD/kWh range, and this is simply insufficient to attract solar project development. Nobody is going to invest in projects that are guaranteed to lose money!”

Gainesville Regional Utilities pays $0.32 USD/kWh for a 20-year contract to a solar PV generator and Vermont will begin paying a tariff of $0.30 USD/kWh for solar PV this fall. Both programs based their tariffs on the cost of solar PV generation, not its theoretical value to the system.

Time will tell whether the analysts or SMUD’s engineers are correct. If SMUD is wrong, it will have stumbled badly; further eroding already shaky confidence in California utilities. Worse, the once-innovative utility will have lost valuable time in the race to bring on more renewable energy as quickly as possible.

Draft SMUD Feed-in Tariff Policy: Note that the posted tariffs will be adjusted in November of 2009 to reflect SMUD’s revision of its wholesale costs of generation.