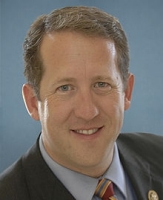 “I appreciate the Natural Resources Committee recognizing the importance of smaller scale hydropower opportunities to an all-of-the-above approach to energy policy,” Smith said. “Most think hydropower is a resource requiring a massive dam, but advancements in smaller projects offer tremendous opportunity to expand this resource as a viable option, particularly for rural consumers.”

Having crossed its first hurdle, the bill now awaits consideration by the House Energy and Commerce Committee and the Transportation and Infrastructure Committee.

Linda Church Ciocci, executive director of the National Hydropower Association, stated: “NHA is pleased that the Natural Resources committee has reported H.R. 795, the Small-Scale Hydropower Enhancement Act. I am thrilled that both parties recognize hydropower’s undeniable benefits and passed the bill unanimously. We greatly appreciate the work of Congressman Adrian Smith, chief sponsor of the bill. He has shown tremendous leadership introducing and shepherding this legislation through the committee process.”