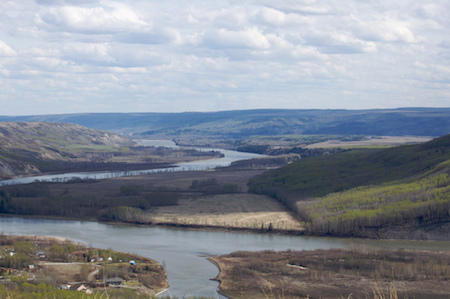 Prepared by international consulting firm Deloitte LLP, the studies reveal that not only would the 1,100 MW plant cost more than several other alternative forms of generation, but also that the hydropower project would ultimately cost more to build than it would to cancel outright.

The two-part report — available via the commission’s website here and here — is part of the new British Columbia government’s war on Site C. The project has been a particular target of Premier John Horgan, whose New Democratic Party took over in July.

The NDP wasted little time in mounting its investigation into Site C, commissioning Deloitte to answer four questions in August:

Timing is everything
According to the report BC Hydro is currently on time and budget — but the odds of remaining that way are not in the company’s favor.

Work on the project’s main civil works began in June 2016, and though the facility had been scheduled for completion in 2024, former BC Hydro president Jessica McDonald said in June that delays and cost overruns could push its commissioning back by a year.

The report echoes this sentiment, noting that a consortium known as the Peace River Hydro Partnership, which has been tasked by BC Hydro to divert the Peace River, is in danger of missing a short, seasonal window in September 2019 that ends with the coming of winter. Potential flooding in the spring and summer would mean further construction might have to be put on hold for a year, in which case Deloitte said the project’s cost could balloon significantly.

Per the study, a one-year delay would increase Site C’s price tag by 10% to 20%, while a delay of more than a year could drive the cost up by as much as 50%.

The cost to cancel
A number of factors identified in the investigation, including unanticipated geological obstacles, difficulties with contractors and the cost risks of major pending contracts led the NDP to direct Deloitte to investigate the cost of deferring Site C’s construction until 2025.

Doing so would, essentially, require that the project be rebooted nearly from scratch, Deloitte said, with the suspension to cost around $1.4 billion. This figure includes money already spent; costs associated with the cancelation of existing contracts; and the price of demobilizing the workforce, maintaining the worksite, and remobilizing.

In comparison, Deloitte said the cost of terminating the project would cost about $1.2 billion. This sum includes BC Hydro’s withdrawal from all contracts, and measures to return the work site to its natural state.

Other alternatives
Though proponents have argued Site C provides a long-term, cost-effective addition to BC Hydro’s portfolio, the Deloitte report calls that into question, saying data provided by the utility itself shows upgrades at 24 of its existing facilities could add more than 1.1 GW of cumulative capacity at a cost roughly half that of Site C.

The study also compares Site C to the cost of other generating sources, concluding that other technologies, including geothermal and biomass, would cost less per kW than Site C.

What happens now
More than 2,200 workers continue working on Site C, which has been touted as the largest construction project in British Columbia’s history.

The Deloitte report has also provided ammunition for other Site C opponents — prominent amongst them the Peace Valley Environment Association and Peace Valley Landowner Association, both of which are calling on Horgan’s NDP to shut down the project.

The BC Utilities Commission now has until September 20 to compile a preliminary report for submission to the provincial government.

For a full archive of HydroWorld.com’s past reporting on Site C, visit here.