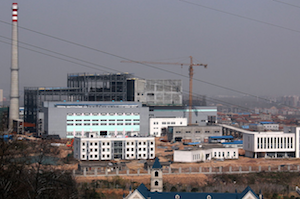 Singapore-based Keppel Seghers Belgium N.V. today said that it will supply incineration technology and services worth US$14.6 million to two waste-to-energy (WTE) projects in China.

Both plants are scheduled to be operational by 2019.

Last year, Keppel Seghers signed a contract to provide technology and services to the Baoan III WTE plant in Shenzhen, which the company says will be the world’s largest WTE facility by incineration capacity when completed.