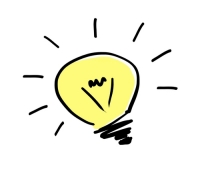 Paul Gipe recently wrote a long post on the possibility of introducing feed-in tariffs for fossil fuel or nuclear-generated electricity.

I recommend reading it.

There are different opinions about the cost of renewable energy. Some people still try to say solar is too expensive.

But one thing is clear. All the figures are open for anyone to see. Everybody knows exactly how much is paid over the feed-in tariff to get solar energy deployed.

In contrast, the classic model of financing was: Add up whatever cost the utility had for their equipment, then add on some profit, and then fix electricity prices (requiring approval by a regulator) at a level resulting in that profit.

What exactly is the difference in the solar energy feed-in tariffs?

In contrast, the costs of fossil fuel or nuclear have not gone down.

Next, the costs were never disclosed in the same way to the consumer that the feed-in tariff does. Electricity bills don’t have a “fossil fuel cost surcharge” or a “new nuclear plant cost surcharge.” The utility just adds up all the costs in the model, without a need to disclose them to the customer.

These are silent surcharges.

And, of course, most of the cost is just ignored. Yes, fossil fuel use leads to larger and more dangerous storms, but I have never heard that anyone damaged by a hurricane sends a bill for the damage to the utility responsible for that damage.

Yes, severe nuclear accidents, like the Fukushima accident, lead to basically infinite damage, which no insurance company will ever underwrite without a built-in limit, and the balance of the risk is loaded off on the taxpayer without any compensation.

But, arguably, the classic model of financing is rather similar to a feed-in tariff. The regulator looks at actual costs and sets the price.

If so, setting a feed-in tariff for nuclear energy, as the United Kingdom may do according to Gipe’s article, would not be so different from what was done when most of the existing nuclear plants were built under monopoly structures.

The most important difference would be that the feed-in tariff would make the assumptions about costs transparent. That would be progress.

So yes, maybe it would be a good idea to have feed-in tariffs for all forms of electricity generation (except for countries where nuclear is illegal altogether, which would, of course, not have a feed-in tariff for nuclear energy).

This article was originally published on Lenz Blog and was republished with permission.