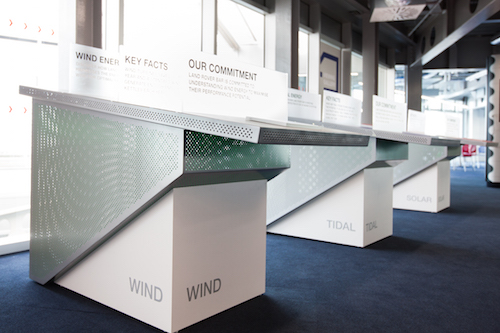 Recognizing the importance of sustainability, the Land Rover BAR Team has made a commitment to becoming a sustainable world class racing team. What’s more, they want young people to learn and understand how to achieve this goal.

On May 20, the new Tech Deck at the Land Rover BAR’s BREEAM Excellent base in Portsmouth, England, was officially opened to the public. The Tech Deck, established and developed according to the Key Stage 3 of the National Curriculum to help introduce students to STEM (science, technology, engineering and mathematics), allows visitors and young people the opportunity to learn how the Land Rover BAR team designs winning America’s Cup boats to sail smarter and faster, while also showcasing how the base is almost entirely sustainable. Students and visitors are able to learn about the team’s commitment to sustainability through the use of interactive displays throughout the Tech Deck. 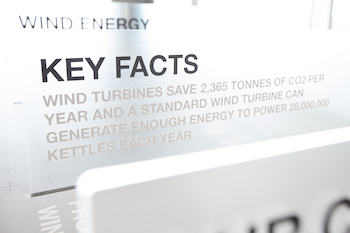 With the rooftop solar panels at the Land Rover BAR team base in Portsmouth easily visible to visitors, the interactive solar display teaches visitors how solar panel technology works and how it is able to convert energy from the sun to a usable form of energy.  Electricity is generated when photons and atoms collide, knocking electrons free from the atomic cloud. Land Rover BAR’s solar rooftop, a Low Carbon project, is able to generate approximately 130,000 kWh of clean energy through 432 high-capacity solar panels and 200 system optimizers. The clean energy it generates is enough to power more than 40 homes.

The base also showcases a tidal energy display.  Because tides are predictable, turbines can be placed in the ocean to generate electricity from kinetic energy.  Turbines not only function as a source of energy, but can act as dams or barrages during a coastal storm, offering storm protection for facilities further inland. Nearly 50 percent of Europe’s tidal energy is produced in the United Kingdom, making hydropower one of the leading energies in energy security.

Along with a solar and tidal energy interactive display, the exhibit includes an interactive display featuring wind energy. Wind energy is harvested by airflow that causes blades on the wind turbine to rotate a rotor. The spinning of the rotor in the wind turbine allows a generator to create a usable form of energy that can be converted to electricity. Because wind turbines occupy little land space, they allow for a boost in local biodiversity, while providing a clean, renewable energy.

Each of the interactive displays on the Tech Deck allow visitors to discover forms of renewable energy that the Land Rover BAR team harness on a daily basis to test their racing boats and other designs. Relying on renewable energy for electricity eliminates the amount of carbon dioxide that is released into the atmosphere. By utilizing solar panels alone, the Land Rover BAR team is able to save over 60 tons of CO2 from being released into the atmosphere each year.

For more information about the Land Rover BAR Team and their initiatives on creating a fully sustainable world class racing team, visit land-rover-bar.americascup.com.