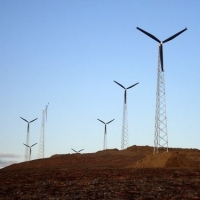 Oklahoma, United States [RenewableEnergyWorld.com] The U.S. departments of Energy and Treasury announced on July 9 that guidelines would be available for companies wishing to apply for $3 billion in stimulus payments.

Applications will be available August 1, more than five months after the president signed the American Recovery and Reinvestment Act into being. Since then, many have been wondering how to get their hands on the green to help their projects and businesses go green.

Attorneys at Stoel Rives LLC, a law firm that addresses the issue of getting grants, loans, bonds and other financing, said they started fielding calls and requests for information about how to milk the stimulus cash cow.

“We’ve been receiving a large number of inquiries from existing and potential clients who are interested in these new provisions,” said Graham Noyes, an attorney with the energy group at Stoel Rives. “The money is a substantial benefit from a financial standpoint.”

Indeed, free cash or tax credits up to 30 percent can put a dent in the costs of building or retrofitting infrastructure to meet the government’s environmental requirements under the stimulus plan, but coming up with the rest of the money can be something like, well, an act of Congress.

Even though there is now a light at the end of the application tunnel, Noyes said don’t get your hopes up about getting any money anytime soon.

“The problem is that, as with any action, they don’t have the ability to act like a private corporation,” he said. “They have a lot of procedures to go through to set up the process and go through approvals.”

The bigger issue, however, is that the government hasn’t finished figuring out the requirements to even begin applying for the money.

But the recent announcement is a good first step. An estimated $3 billion will be made available through the stimulus act for the development of renewable energy projects around the country. The government has also created guidelines, terms and conditions and a sample application to help expedite the application process when it does open up so businesses will have a better chance of getting the money the first time they apply. (Click here for forms)

Instead of tax credits, the feds hope direct payments from the Treasury will bring help to an estimated 5,000 biomass, solar, wind and other renewable energy production facilities that are starting up within the next few years.

According to the DOE, more than $550 million in tax credits have been handed out since 2006. But, the downturn of the economy has made it difficult to really take advantage of them.

“Previously, you needed to find an investor who needed the tax credits and was willing to put up money in order to receive them,” said Greg Jenner, an attorney with Stoel Rives who specializes in the Treasury Department. “With the downturn in the economy, those investors became very scarce.

“The cash grant substitutes for that equity investment, which means you don’t need to find investors anymore.”

“They can now do deals with a combination of their own money, the grant and bank loans,” Jenner said. “That wasn’t really possible before.”

The heads of the Treasury and Energy departments said they hope the payments will help to get the economy going.

“It will provide additional stimulus to economies in urban and rural America by helping to develop domestic sources of clean energy,” said Treasury Secretary Tim Geithner in a statement. “This partnership between Treasury and Energy will enable both large companies and small businesses to invest in our long-term energy needs, protect our environment and revitalize our nation’s economy.”

So how do companies come up with the money to fund clean energy projects until the government’s money opens up? One way is through the Treasury Grant Program, which uses an investment tax credit. However, program requirements have not been released, either.

“The stimulus plan set a due date of August 17 for those,” Noyes said.

Another way to get money for now is through $6 billion in loan guarantees. Here, the government acts as a co-signer for companies moving to renewable energy or developing “green” upgrades to infrastructure. However, securing a guarantee can also prove to be a long process and some companies drop out or search elsewhere for private funding.

Three companies, however, have been able to get their hands on just under $600 million in loan guarantees. Solyndra Inc. got $535 million in March, and Beacon Power got $43 million and Nordic Windpower, USA got $16 million this month in loans backed by the government to help get their projects going.

Gene Hunt, spokesman for Beacon Power, said it took the DOE about a year to put the requirements together and then another three years to go through the application and review before awarding the money. He said the effort was worth it.

“In order to raise that kind of capital, we would have had to sell shares or go through project financing,” Hunt said. “It’s funding about 60 percent of our project.”

At least 16 states also have money available from the stimulus plan to help fund energy projects. The DOE has already handed out more than $1 billion to states such as Minnesota, California, Missouri and Connecticut to help create or retain jobs, reduce greenhouse emissions and increase the use of renewable energy, among other things.

Many of the states have already received half of their funding allotted through the Recovery Act. Another 30 states and territories are still awaiting review and should get answers by the end of July.

But that still doesn’t help many developers that are searching for ways to fund projects that have already started and are not eligible for certain loans or grants.

“The key question we get is what is the scope of the program and whether certain projects will qualify,” Noyes said.

Files from the government and firms such as Stoel Rives may help to clear that matter up. Both break down who is — and is not — eligible and what credits are available. The Treasury Department’s Web site also includes a sample application and terms and conditions that are mandatory when filing for the money.

For example, property put into place after January 1, 2009 is eligible for stimulus funds. So are projects that have started construction between 2009 and 2010. The application has to be in no later than October 11, 2011 but only after project construction begins. The Treasury said it will make cash payments equal to the eligible amount of the tax credit, (which can be anywhere up to 30 percent), within 60 days of receiving the application.

One caution, however, is that if an owner takes the payment, he or she cannot get the tax credit as well.

“We are very pleased with the announcement from Treasury,” Noyes said. “While frustrating to some, it is necessary and appropriate that government be deliberative, fair and objective in releasing funds.”

Jenner, who does Treasury work with Stoel Rives, said the department will be releasing more guidance for the program but he does not know when.

So, whether the stimulus plan can help change the economy or simply change how we deal with the environment remains to be seen.

“Up until now, we have only seen the tip of the iceberg in terms of the impact of the stimulus funds,” Noyes said.

Sharryn Harvey is the online editor for Power Engineering.

This article was reprinted with permission from Power Engineering as part of the PennWell Corporation Renewable Energy World Network and may not be reproduced without express written permission from the publisher.