More
Home Baseload Should the UK Do More for Renewable Heating? 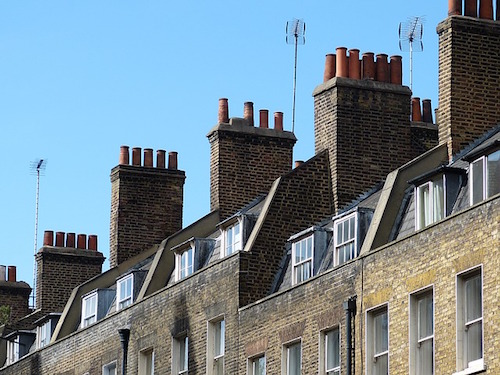 News at the end of August that over 50,000 green heating schemes had been approved since the inception of the Renewable Heat Incentive (RHI) in April 2014 caused some in the industry to hail a new era of heat pumps, biomass boilers and CHP.

Lack of cooperation and failure to implement a coherent strategy have been blamed for recent concerns that the UK government is unlikely to meet its carbon reduction targets for 2020. Potential changes to the RHI in the next year could see an increased uptake in technology, such as heat pumps, which may well have their tariffs increased.

But is the UK really starting to change from traditional gas boilers to renewable, low carbon options?

According to a new report by Policy Exchange, a government think tank, the move to make tech such as heat pumps more popular is taking us in the wrong direction. They say that, while heat pumps look good on paper, their actual use in practice has been less than satisfactory and that we should, perhaps, be concentrating on biomass.

If the government are to reach their target, then about 80 percent of heating in the UK would have to be provided by this type of technology, and that’s going to cost a good deal. It’s estimated that switching practically everyone to heat pumps and similar technology would cost tax payers about £300 billion. It would be better to focus on decarbonizing the gas supply, the think tank said, producing greener gases, such as biomethane.

Of course, the government has run into trouble subsidizing renewable technologies and giving them priority over other energy sources before. Solar, until the beginning of this year, benefited from wide ranging feed-in-tariffs that caused a spike in the industry. This fell away when the subsidies were suddenly removed in January, causing job losses in the marketplace and a reduction in the number of people having panels installed. The same could happen to renewable heating if the RHI is first raised and then reduced when the government suddenly decides it’s not a good idea.

According to a report in the Telegraph, the change to a greener UK heating supply could cost each household as much as £12,000. It also said that the proposed changes had come as a surprise to many MPs, one quoted as saying:

“Government has no intention of forcing households into making expensive changes to their heating and has not set a target for electric heat pumps. So we do not recognise the numbers produced.”

Many are now openly saying that the UK’s decision to leave the EU could actually buy some time when it comes to meeting carbon reduction targets for 2020. It could allow the option for delaying targets and setting them back a couple of years. Even if the changes to the Renewable Heat Incentive were to be brought in fairly quickly, the chances of the majority of people switching to tech like heat pumps and CHP boilers in time for the current deadline still seem pretty remote.

Heat pumps work by drawing out the low heat from the air or ground, using a kind of reverse refrigeration process. The major issue for homes that want to install them is that you need to be well-insulated as the heat is provided at a much lower level than traditional gas boilers. Recent advances, however, might be able to produce heat pumps that pack a bigger punch and can actually be used to heat older, less well-insulated homes in the same way as oil and gas. While not technically a renewable energy source because they use electricity to operate the pump, the reduction in carbon footprint makes them an attractive proposition to many households who are thinking of going green.

To their supporters, heat pumps help to reduce carbon emissions and greatly cut down on utility bills when installed in the right property. Whether the changes to the RHI make a difference to uptake and we see a sudden surge in installations, remains to be seen. To their detractors, heat pumps are a nice idea but not a serious solution to the carbon emissions we currently produce through heating.