Yesterday, I wrote about how my annual green stock trading advice had worked out for my sister and readers (well) and the two stocks where I thought she should take profits: LSB Industries (NYSE:LXU) and Potlatch Corp (NYSE:PCH).

I also promised a follow up article on my buy recommendations.  Here they are:

Ameresco is a leading performance contracting company, meaning that they install energy efficient and renewable energy solutions for institutions and government entities which are paid for out of the institution’s energy budget, from the cost savings.  Ameresco disappointed investors with their guidance last quarter, largely due to the dysfunction in Washington.  Ameresco’s largest customer is the U.S. government.

The stock has been trading down since.  On February 15th, Ameresco released an outlook for its Fiscal 2012 results, which will be released in full-on March 1st.  It said 2012 earnings should be even worse than previously expected, due to weather and fiscal uncertainty, yet Ameresco’s backlog is at a record high.  As expected, Q4 2012 was bad, but the next few years look good.  This “disappointment” has produced a buying opportunity which I don’t expect to last.

I’m more focused on the future than last quarter, and I expect that future to be bright.  In his State of the Union Address, Obama promised to take executive action to reduce carbon pollution and accelerate our transition to more sustainable sources of energy, unless congress acts to combat climate change.

While Obama can’t change legislation, he can require increased energy efficiency and use of renewable energy within the government itself.   And goverment entities rely on Ameresco and other performace contractors to fulfull just such mandates while staying within (and sometimes reducing) existing energy budgets. 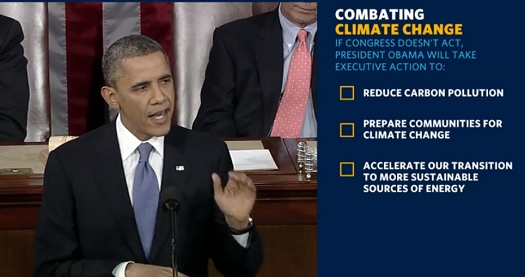 Ameresco’s 2012 results may be weak, but it can look forward to growing demand for its services from the Federal government (already its biggest customer) over the next four years.

Zoltek makes carbon fiber.  Their biggest market is currently large wind turbines, and their biggest customer Vestas (Copenhagen:VWS; OTC:VWDRY).  The extension of the Production Tax Credit extension should help the company this year, but the long term bullish reason to own this stock will come when auto manufacturers turn to carbon fiber to reduce vehicle weight and improve fuel efficiency, as they are likely to do over the next few years to meet increasingly stringent CAFE standards and EU emissions requirements.

Zoltek is the stock that led me to pick last week to send my sister her annual recommendations.  It was briefly trading below $8, and even fell below $7 for a day.  I did not think the opportunity would last.  Unfortunately, the window was shorter than I expected, and her limit order did not execute.  It probably won’t now, so I’m afraid we’re going to chalk this one up as “the one that got away.”  It could still fall back again, but I don’t expect it.   It’s still a good buy around $8, but not the screaming deal it was.  I’d suggest readers put in limit orders at $8, but for fewer shares.

Power REIT is a tiny Real Estate Investment Trust which owns 112 miles of railway and is starting to invest in Real Estate under renewable energy farms.  The $0.40 (3.8%) annual dividend makes it a nice dividend stock for a long term hold in my sister’s conservative portfolio, but the company also has the potential for some incredible upside if they prevail in an attempt to foreclose on the massively unfair lease of their track.  Details here.

US Geothermal is a geothermal project developer with projects in Nevada and Oregon.  Many of its plants have recently come on-line, so earnings growth over the next year is already built in.  Nevertheless, developing geothermal projects is a very risky business, so I was conservative on the limit price (there’s a good chance the order won’t execute) and kept the allocation small.

I found out after I sent my sister her suggested trades that her broker does not let her trade Canadian stocks, even if they have a US OTC ticker, so my sister has not purchased any of these.  I won’t be including any Canadian stocks next year unless I can persuade her to open an account with a better broker.   But there’s no reason readers can’t benefit from this year’s picks below.

Waterfurnace is a leading manufacturer of geothermal heat pumps.  A reliable dividend payer (C$0.96 annually) it’s a long time favorite of mine.  I traded as low as $14.90 in late January, but was already well above the limit price I gave her when I suggested buying to my sister.  Although I did not really expect the trade to go through, I would have been happy if it had.  This is one to watch long term and accumulate on any dips.

Finavera Wind Energy is a wind project developer with a focus on the early stages.  The signed an agreement in December to sell almost all their current projects when those projects are ready to build (probably in the next 1-2 years) for a total of $40M.  According to my valuation, the stock would be worth C$0.77 a share if they succeed.  While nothing is certain, the stock is only trading at C$0.20 to C$0.21, which seems like an absolute bargain to me.  That’s why I told my sister to put such a large allocation into such a tiny stock.  Too bad she can’t buy it.

Like US Geothermal, Alterra is a renewable energy project developer and operator that seems currently undervalued.  Their assets are mostly geothermal, wind and run of river hydroelectric in the Western U.S., Iceland, and Chile.  The stock has been going nowhere recently, but could rise on the possible sale of a geothermal plant in Iceland or if the Phillipine utility Energy Development Corporation decides to move ahead with a partnership to develop Alterra’s South American assets.

Zoltek and Waterfurnace may have risen a bit far to buy now, but Ameresco is looking like a deal which may not last past their earnings announcement on March 1st.  Finavera still looks like a steal to me as well.   Power REIT, US Geothermal, and Alterra can also currently be bought at attractive prices.

I can’t real expect to produce the stunning returns I managed for my sister last year unless the clean energy sector as a whole takes off.  Yet that could easily happen with prices at their current depressed levels and the President’s re-affirmation of his commitment to combat climate change in his State of the Union address.