More
Home Baseload Secretary Perry’s Going to Like What He Finds Looking at Wind Power... 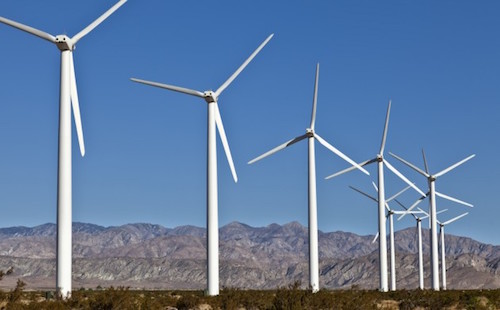 I had the honor last week of being able to join a business roundtable with fellow Texan and new U.S. Energy Secretary, Rick Perry. We met in the state Perry led as governor for 14 years while Texas made its remarkable ascent to become the nation’s leader in wind power production, investment and new jobs. 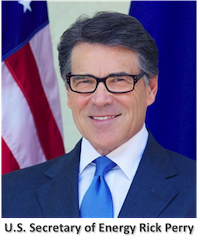 Secretary Perry recently tasked his staff with looking at the stability of America’s power grid. He wants to know how federal policies have impacted the resilience of domestic energy sources and their ability to deliver reliable baseload power.

That’s the right inquiry. As the governor who oversaw the growth of his state’s wind power industry, he’s going to like what his staff finds.

There’s been a lot of talk in recent years about winners and losers in the energy sector, and much debate over subsidization of one energy source or another. Federal and state policies have a role encouraging innovation without excessive regulation, and ensuring a level playing field for competition based on the levelized cost of energy.

Ultimately, the outcome will be decided by the marketplace and choices made by energy customers, who are buying large amounts of clean, distributed energy. The energy mix that will deliver the most economic, reliable energy resources will include both distributed and centralized generation.

Over the last decade and a half, America’s energy supply has seen a remarkable competition and unprecedented transformation, one that has strengthened the nation’s energy security and spurred creation of U.S. jobs. Last year, home-grown energy sources such as wind and solar, as well as natural gas, added more than 90 percent of new U.S. utility-scale power generating capacity. And today, renewable energy powers a workforce of more than half a million U.S. jobs. 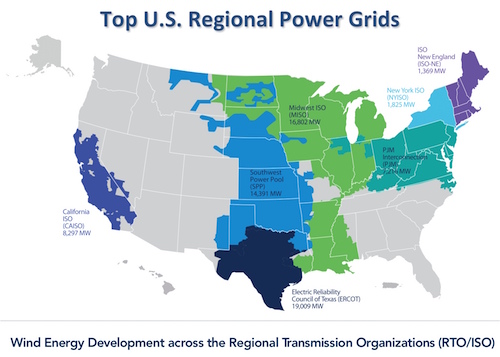 Among the most significant changes in America’s energy transformation are in the power grids. There’s been a big shift to more diversity in power sources and greater resilience in what the grid can handle. Across the central U.S., wind has become a major contributor to regional power pools.

As the volume of wind on the grid has expanded, so has the grid’s ability to handle wind energy. In fact, regional power grids in Texas and across the Great Plains now regularly handle 50 percent or more electricity from wind with no difficulty.

In February, wind supplied more than half, 52.1 percent, of all electricity on the Southwest Power Pool (SPP) grid, serving a 14-state swath of central U.S. from Texas to Montana. In Texas, ERCOT, the state’s largest grid operator, hit a record 50 percent for wind penetration in March, with 14,391 MW wind energy. MISO, the grid operator for the 15-state region from Louisiana to Minnesota, has also reached records for wind output approaching 14,000 MW.

SPP’s VP of Operations Bruce Rew summarized the change: “Now we have the ability to reliably manage greater than 50 percent. It’s not even our ceiling.”

New Energy Reality: Smart Money is on Wind, and Wind is Strengthening the Grid

A decade of experience with renewable energy has seen the utilities that build and operate the grid betting on wind as a vital part of their energy mix. Utilities and major corporate buyers are voting with their checkbooks, signing 47 power purchase agreements for 4,000 megawatts (MW) of wind in 2016.

Wind power’s rise has been accompanied by major improvements in grid flexibility and reliability. Ensuring and enhancing grid reliability is paramount as it is the wind industry’s economic backbone. Real world operational experience has proven that large amounts of wind power can be reliably integrated on the grid without difficulty or disruption.

Indeed, wind turbines have contributed to improving reliability and resiliency of the grid. Independent studies from PJM, CAISO, NREL and others show that wind helps both reliability and resilience. Wind turbines performed well during the polar vortex in 2014 and 2015 when other generation technologies tripped offline. ERCOT credited wind energy with helping keep the lights on during a cold snap in 2011 that caused conventional plants to fail.  Wind turbines provide reliability services (voltage support, reactive power etc.) as well as or better than conventional generators.

Another key point is that size and scale matters. Today’s larger wind turbines produce 50 percent more electricity at prices 66 percent lower than 2009. Wind is winning because it now generates the cheapest new power across much of the U.S., attracting utilities like Xcel Energy and MidAmerican Energy and corporate buyers like Amazon, Google, GM and Target. By 2020 wind is on track to supply 10 percent of U.S power and support a quarter of a million U.S. jobs, including those near wind farms and factories. Every new wind turbine creates on average 44 years of full-time employment for U.S. workers. 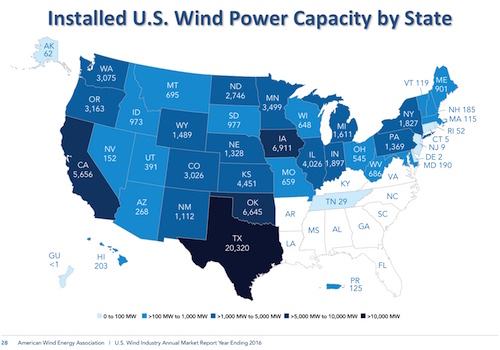 Size also matters for grid connectivity and reach. SPP attributes its success with wind and other renewables to its geographic diversity, robust transmission system and 550,000 square-mile footprint, which extends from the Canadian border in the north, almost to the Mexican border in the south.

“We’re able to manage wind generation more effectively,” says SPP’s Rew, “because we’ve got a huge pool of resources to draw from… even if the wind stops blowing in the upper Great Plains, we can deploy resources waiting in the Midwest and Southwest.”

Indeed, the wind is always blowing somewhere across America’s power grid. The more that grids can increase their transmission connectivity and integrate wind resources across larger power pool footprints, the less they have to rely on alternative baseload and peakload power sources to fill gaps.

For most grid operators, the answer is an energy mix that includes wind, natural gas, solar and other energy sources, placed where they make the most sense geographically, and linked by a workable transmission system that creates a technology-agnostic, market-driven power solution to deliver economically efficient, low-cost electricity to customers and consumers across the grid.