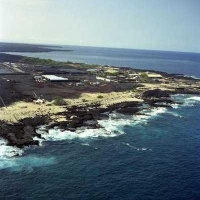 Washington, D.C. United States [RenewableEnergyWorld.com] In Part 2 of this 3-part series on ocean thermal energy conversion (OTEC), we documented several pilot OTEC plants that are in the works, including the U.S. Navy’s 8-MW plant on the island of Diego Garcia. Along with creating electricity, this plant will desalinate nearly 5 million gallons of drinking water each day. In this third and final installation, we’ll explore other side benefits of OTEC and look at OTEC’s electricity potential.

In addition to drinking water, researchers have devised many other spin-off applications for this cold water from the deep, from cooling buildings to feeding fish to nurturing crops. The key to each of these applications is that the deep water can bring something that’s normally in short supply.

In seawater air conditioning, the cool, deep water is run through tubes alongside others containing freshwater, cooling it down. The cooled freshwater then circulates in pipes through buildings. All of NELHA’s buildings on Hawaii’s Big Island use this system, cutting energy use for air conditioning by 80 percent, says Ronald Baird, CEO of of the National Energy Laboratory of Hawaii Authority (NELHA). “It’s probably saving us 25 to 30 thousand dollars per month,” he says. “We don’t even think about maintenance on it. It’s so simple it borders on ridiculous.” Stockholm has a similar system, drawing from the Baltic Sea, as do Toronto and Cornell University, which draw on cool water in nearby lakes. “This technology is commercially viable right now,” says Reb Bellinger of Makai Ocean Engineering. “We’re currently doing design on a seawater air conditioning system to air con?dition downtown Honolulu. That’s a very big project.”

The deep water is also rich in nutrients, especially phosphates and nitrates, and it’s free from pollution and pathogens that can afflict sea life near the surface. Companies are using this deep water for aquaculture at NELHA’s site, raising lobsters, abalone, algae, and more. Running the deep-water tubes through soil can even aid agriculture, some hope. Chilling the soil could allow temperate crops to grow in tropical climes, and the cooling would also make vapor in the air condense on the fields, helping to water the crops.

This combination of water, energy, and food could help support development on remote tropical islands. Many people, such as Terry Penney of the U.S. National Renewable Energy Laboratory in Golden, Colorado, think it’s important to take advantage of these spin-offs, especially as the technology is getting off the ground. “You can have food, water, and electricity,” Penney says. “Maybe one plant can supply all three needs,” which could allow a “cookie cutter” approach to development he calls “McIslands.”

To tap into the huge amounts of ocean thermal energy that are out there, though, OTEC needs to move away from land. In some places, such as in the Gulf of Mexico and off the coast of Indonesia, OTEC plants could sit on platforms similar to those built for offshore oil drilling. In these spots, there’s warm surface water and cold deep water close enough to shore that the plants could produce electricity and send it to shore, through power cables up to 100 kilometers long.

This approach could help power cities such as New Orleans and Tampa, Florida, argues Robert Cohen who in the 1970s was the first manager of the US DOE’s research on ocean thermal energy. Taiwan and Brazil’s coast are other possible sites, Gerard Nihous of the Hawaii Natural Energy Institue says, and in the future it may become affordable for countries such as Indonesia, the Philippines, and Papua New Guinea, which are in one of the best regions for the technology.

Taking OTEC to the next level, according to many of its proponents, would require “plantships” — huge floating factory-like vessels, with long cold-water pipes descending to the depths below. They could produce electricity on board, but as Cohen puts it, “getting the power to the people is the real question.”

This electricity couldn’t be stored affordably, but it could be used to produce valuable and energy-intensive products. A top candidate is ammonia; its production for fertilizer (made from fossil fuels using the Haber-Bosch process) now consumes about 2 percent of the entire world’s energy use and accounts for a sizeable chunk of global CO2 emissions. Ammonia can also be burned as a fuel or used as a way of ferrying hydrogen around (each ammonia molecule contains three hydrogen atoms), which can be released and used as a fuel as well.

These ideas of offshore platforms and floating factories may seem far-fetched, but OTEC supporters argue they’re feasible and worth the bother. “While we [OTEC researchers] were orphaned, the oil people have been making great strides,” Cohen says.

Harry Jackson, president of OCEES, agrees: “Ten years ago, an oil rig in 500 feet [150 meters] of water was thought to be deep. Now they’re going down 15,000 feet [4,500 meters]. A lot of the technology and advances they use, we’ve been able to tap into.” This includes new materials and ways of building offshore platforms and mooring them to the sea floor. The oil industry “can also provide investment,” Cohen hopes. “They have deep pockets.” Given their experience working in rough seas, he adds, “their perceived risk is minimal compared to those who haven’t done it.” He’s now trying to build bridges with the oil and drilling industries, in hopes of furthering OTEC—and moving people away from oil.

If OTEC did scale up, how much energy could it produce? “There are all sorts of claims about how much energy is out there,” says John Varley of Lockheed Martin. “We’re taking the conservative route, using [Gérard] Nihous’s figures.” Nihous estimates OTEC could sustainably generate between 3 and 10 terawatts—up to five times the electricity the world uses now.

Building OTEC plants capable of tapping ocean thermal energies efficiently will be a huge challenge, though, in part because they have never been built in anywhere near the sizes that would be needed to fully exploit the resource. The biggest challenge may be scaling up the deep-water pipeline in an affordable way.

Reb Bellinger of Makai Ocean Engineering believes that the minimum commercially viable size is 100 megawatts; if so, that will require some pretty big pipes. Because of the basic physics of how water moves through a tube, it’s much more efficient to pump water through a few fat pipes than through many skinnier ones. The fattest deep-water pipe ever used for OTEC is 1.4 meters in diameter—not quite tall enough for an average person to stand up in. “When people talk about a 100-megawatt plant, it’s hard to imagine how big that pipe is,” Nihous says. Such plants would likely need pipes 10 meters across—nearly the diameter of the biggest giant sequoias, the world’s most massive trees—and 10 times taller.

Yet Lockheed Martin aims to build such a pipe. “We’ve got a design that we believe is scalable to 10 meters,” Varley says. It would be made from a proprietary composite material, which is light and strong yet has a bit of flexibility that would help it cope with ocean currents. Most importantly, he adds, this composite material would be cheaper than either the plastic or steel pipes that have been used in OTEC plants before and could be scaled up to enormous sizes.

OTEC is ready to be scaled up, Cohen argues: “I don’t know of any showstoppers.” Christopher Barry, a naval engineer with the Society of Naval Architects and Ocean Engineers, agrees. “We just need good engineering,” he says. “It’s not like going to the moon, where you need some breakthrough technology.”

OTEC boosters are also excited about another possible benefit. Not only would OTEC create clean energy, potentially free from CO2 emissions, it might even be able to suck CO2 out of the air and thus help to reverse global warming. In theory, by bringing the deep, nutrient-rich water up near the ocean surface, it could make the open ocean bloom with microbes. The blooms would suck up CO2 from the water around them, allowing more CO2 in the air to dissolve into that water.

If the blooms happen in the right way — spurring first plankton and then organisms called cyanobacteria — then it could help draw CO2 out of the air and lock it away in a stable form, according to an as-yet-untested hypothesis from David Karl, a University of Hawaii microbial oceanographer. Doing this, however, would cool down the water near the surface, which could disrupt ocean ecosystems. The OTEC plants built so far, and those proposed in the near term, instead send the cool water stream back to the deep, to avoid tampering with the ocean’s temperatures.

But apart from the issue of ocean temperatures, many are skeptical about whether artificial upwelling will really make a difference, since it may only sequester carbon when the conditions are just right. And even if it did work reasonably well, according to a recent estimate it would take enormous flows of upwelled water to put even a tiny dent in global warming. What’s worse, artificial upwelling could liberate the CO2 in the deep water, allowing it to escape into the atmosphere. The deep water has about 15 percent more CO2 dissolved in it than the surface waters do, and after the deep water is brought to the surface, some of this extra CO2 could escape into the atmosphere, where it would contribute to global warming.

“We really don’t need any other ways of releasing CO2 to the atmosphere, so that’s a big question about OTEC,” Barry says. Nihous argues, however, that this release would still be small compared with that from fossil fuels. “Even if plankton didn‘t do anything and the carbon [dioxide] escaped and was never recaptured, [OTEC plants] would still produce a fraction of what a fossil fuel plant produces,” he says. “So kilowatt for kilowatt, this is a carbon-denying technology.”

OTEC is moving ahead despite minimal government funding, but the technology needs more R&D to test new pipe designs and plant configurations and to transition from demonstration to commercial plants. As with other renewables, OTEC plants would be very expensive to build. Although they’d be cheap to run, and proponents think the plants would last decades, investors are reluctant to dive in.

In 1977, U.S. President Jimmy Carter made a famous speech, saying that tackling the energy crisis is the “moral equivalent of war, except that we will be uniting our efforts to build and not to destroy.” The situation today brings out a similar feeling in Gérard Nihous. “To go to war, we spend billions like there is no tomorrow. I wish we had the same reckless, rash attitude when it comes to energy independence,” he says. “My great fear is that we’ll be so timid about it that we’ll reach a point that when we must do it, we won’t have the resources to do it. Waiting is not a good strategy.”

Mason Inman is a freelance science journalist currently based in Karachi, Pakistan.

This article originally appeared in World Watch Magazine May/June 2009 and is reprinted by permission.