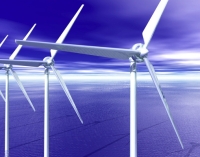 Salt Lake City, UT — While the United States is busy charging headlong towards a fiscal cliff and the likely expiration of the wind energy Production Tax Credit, the country of Scotland is busy showing everyone how things really ought to be done.

In a move that probably everyone in the world but Donald Trump can get behind, Scottish Enterprise – the arm of the Scottish government responsible for spurring economic development and enterprise – has entered into an agreement with French energy conglomerate Areva to locate wind turbine nacelle and blade manufacturing facilities in Scotland. The manufactured product will then serve Scottish offshore wind farms and other wind farms in northern England.

The development agreement is expected to create as many as 750 new jobs in Scotland, in both manufacturing and supply chain support. According to Simon Wallace, head of energy for Scottish Development International, resulting job growth will be a “massive upside” for a national industry that has already experienced significant job growth. Wallace estimates that as many as 20,000 jobs could be brought to Scotland in the coming years in the offshore wind sector alone. Scottish Development International oversees trade promotion and investment for Scottish Enterprise and Highlands and Islands Enterprise.

Wallace said the agreement between Areva and Scottish Enterprise will also aid greatly in helping to meet an ambitious goal set by First Minister Alex Salmond, which will have Scotland generating 100 percent of its energy from renewable resources by the year 2020. “What will happen,” Wallace said, “is that we will produce a lot more energy than we actually use as a country. The plan is to have 200 percent generation by 2020, with half of that coming from renewables. That’s what we’re aiming for.”

So far, advances to that end have exceeded expectation and have left little doubt that the deadline will be met, quite possibly even ahead of schedule. As of 2011, Scotland had achieved 35 percent renewable energy installed capacity, blasting past a previously stated target of 31 percent. This year, a new interim goal of 50 percent sustainability was established by First Minister Salmond, with a deadline set of 2015.

Meanwhile, across the pond in the United States, the viability of wind power has come into question as Washington lawmakers have yet to act on extending the wind energy Production Tax Credit prior to its expiration on December 31. According to Wallace, it’s this kind of political uncertainty that has the potential to stall otherwise profitable industries. “I think it’s very much about certainty,” Wallace said, “I think it’s about the government giving comfort that the market will be there, and saying ‘We’re not going to pull the rug out from under you’.”

Back in Scotland, where hydropower and tidal power generation are just as popular as offshore wind, things continue to move along at a steady clip – although the contract between Areva and Scottish Enterprise is not likely to create jobs overnight. Wallace says timeframes for the manufacturing and installation of the wind turbines are approximately a year or two out, with 2014 and 2015 looking like realistic dates.