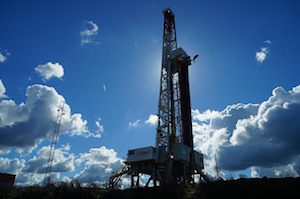 Saudi Arabia’s first round of renewable energy tenders are expected to deliver $50 billion by 2032 to bankroll 10 GW of clean energy, the country’s energy minister announced this week.

However, Khaled Al-Falih also used the stage at Abu Dhabi Sustainability Week to stress that oil and gas had a role to play in the global clean energy narrative.

And he was adamant that without oil and gas being utilized alongside renewables, “we will have a shock to the global economy.”

Afterwards, some in the audience felt his speech was decidedly off-message for a sustainability conference. Others took a ‘well he would say that’ view. But some believed he had added a dose of realism to the clean energy debate.

Al-Falih, who is also the chairman of Saudi Aramco, said: “Sustainability needs to take advantage of all energy sources. Technology is a clear enabler for sustainability, and there is substantial room still to be made to make oil and gas more sustainable.”

He told the audience: “I am a realist. As much as we hope for renewables, they will not penetrate fast enough — they will not bring the standards of living that people aspire to fast enough.”

And he maintained that “we are going to need cleaner oil and gas for decades to come.”

He said that many people believe that bad news for fossil fuels is good news for renewables, “but we have found the opposite.”

Al-Falih said that Saudi was investing in several emissions-reduction technologies, including carbon capture and utilization.

He also outlined plans to establish interconnections with Jordan, Egypt, Yemen and even parts of Africa, which he said would allow Saudi to “exchange renewable electricity.”

The $50-billion renewables program will be launched for tenders “in the next few weeks” and will comprise projects for solar, wind, geothermal and waste-to-energy.

And Al-Falih stressed that “10 GW is only the beginning — I can almost guarantee that we will be bigger [in renewables] than the UAE, because our scale is much bigger.”

Reacting to news of the Saudi renewables initiative, Martin Haupts, chief executive of Dubai-based international solar developer and investment manager Phanes Group, said: “It’s a very encouraging development that carries significance not only for the Kingdom, but to the entire renewable energy industry across the region and the world.”

He added that “Saudi Arabia is vast, with enormous renewable energy potential. Their plan to deploy almost 10 GW from a standing start in six years represents an unprecedented commitment to renewables and a road map to not only a more balanced power portfolio but also a more active investment climate.”

Haupts said that Phanes Group “believes the Saudi renewable energy market may present attractive opportunities for firms of all sizes and specialties to invest and develop projects.

“However, with so much of their legal and regulatory infrastructure in flux, what is key to them achieving their short and medium term ambitions is their ability to offer predictability and certainty to investors,” he said.