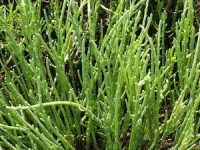 Florida, United States [Biofuels Digest] A visitor to Eastern Europe after the fall of communism would have been awestruck by the massive posters touting Winston cigarettes as “the taste of freedom” that often plastered locations where posters of Chairman Stalin and his ilk has once fluttered. It looked as if Christo had wrapped the Iron Curtain in a project sponsored by R.J. Reynolds.

If there were a taste to energy freedom, it would be salt for sure. Our ancestral mother, the ocean, forms an almost unfathomable medium of mystery — astronaut Scott Carpenter once noted that we know more about the heavens than the sea — but for biofuels, there is every urgent reason to look carefully to salt-friendly projects that can utilize brackish water, or marshes, or the abundant three-dimensional world of the oceans.

But a trillion gallons (and global fuel consumption is 1.2 trillion gallons) is another story. Long-term, we must think in massive scale — though hybrids will help much, and in OECD countries we can expect lowered energy intensity, global development (especially in non-OECD countries) in an ongoing international imperative that imperils resources.

Scale-up is tough everywhere, tougher where we need it, toughest where some of the most urgent action is needed, such as developing nations.

Saltwater-oriented biofuels developers are giving us vital options for scale-up, yet we are not always as well tuned to these developments. Herewith, a correction, with this special review of progress in saline biofuels. The catalyst – a new project to produce biofuels on a 125,000 parcel of brackish land in Egypt. But there’s much, much more a-happening.

Salicornia, a halophyte, identified as the most promising salt-water tolerant land-based plant for biofuels

In Texas, Energy Allied International, The Seawater Foundation and Global Seawater, have executed an MOU to jointly develop New Nile Company in Egypt. It will be the irst commercial scale seawater-based biofuels project, and one of the largest biofuels investments to date in the Middle East and Africa.  New Nile said it intends to produce “tens of millions of liters of biofuels” from 50,000 hectares (125,000 acres) at one of several potential site locations situated inland, along the Mediterranean and Red Sea coastlines.

New Nile Co will target the European civil aviation market which is subject to strict EU regulations, with aviation entering the EU Emissions Trading Scheme in 2012, and expects to complete its feasibility study this year, and commence construction in early 2011. ??The project is based on Integrated Seawater Agriculture Systems developed by Global Seawater in Meixco and tested in Eritrea. ISAS utilizes effluent from seawater aquaculture (e.g. fish and shrimp ponds) as a natural fertilizer to cultivate sizable plantations of salicornia, a halophyte (i.e. naturally salt resistant plant) capable of yielding large volumes of high grade vegetable oil for use as a biofuel feedstock. The model was developed in Mexico and tested in Eritrea.

Just yesterday in Norway, Seaweed Energy Solutions announced a patent on the first ever modern structure to enable mass seaweed cultivation on an industrial scale in the world¹s oceans. The Seaweed Carrier is a sheet-like structure that basically copies a very large seaweed plant, moving freely back and forth through the sea from a single mooring on the ocean floor. According to SES,  growing seaweed in farms covering an area of just less than 0.05 percent of Europe’s coastal regions would yield a yearly production of 75 million tons of seaweed. This biomass could be converted into an estimated 846 Mgy (3.2 billion litters) of ethanol.

In January, the Masdar Institute of Science and Technology, Boeing, Etihad Airways and UOP Honeywell announced the UAE’s first Sustainable Bioenergy Research Project (SBRP) using seawater and the desert for bio-energy in Abu Dhabi. The project will for the first time demonstrate the commercial viability of using integrated saltwater agriculture to provide biofuels for aviation. The Sustainable Bioenergy Research Project has a five-year timeline.

Last October, Boeing and UOP announced an initiative, with the Sustainable Aviation Fuel Users Group consortium and the Masdar Institute in Abu Dhabi, to examine the overall potential for sustainable, large-scale production of biofuels made from salicornia bigelovii and saltwater mangroves – plants known as halophytes — a project that evolved into the Masdar initiative.

Last May, Boeing Commercial Airplanes MD-Environmental Strategy Billy Glover testified to a House of Reprepresentatives panel investigating the potential of biofuels that Boeing has indentified jatropha, camelina and halophytes “in the near term” as strong candidates for aviation biofuels and has targeted algae as a feedstock “in the longer term”, according to a report from Air Transport World.

In December 2008, saltwater-tolerant crops, known as halophytes, were the focus in a Science magazine story about the potential to increase the world’s irrigated acreage up to 50 percent by increasing reliance on and research in salt-tolerant agriculture. Biologists writing in Science, and citing the work of University of Arizona plant biologist Robert Glenn,  say that up to 63 billion gallons of ethanol could be produced on non-foodstock lands by using halophytes. Glenn estimated that there are 480,000 square miles of  currently unusable land that could be made productive with halophytes. Salicornia is a feedstock that can produce up to 1.7 times the oil contained in comparable mass of sunflowers, according to the Science article.

In Mexico, the former head of the University of Arizona Environmental Research Lab established a pilot scale farm to grow salicornia, or sea asparagus, a salt-tolerant plant that grows in inhospitable soils and can be converted into meal for livestock, and produces oils for biodiesel conversion. The non-profit Seawater Foundation is raising $35 million for a demonstration-scale farm.

In January in Mexico, Biofields announced that it will commence construction this month on its pilot-scale algae-to-ethanol facility in Sonora, at Puerto Libertas, approximately 2 miles from the municipality of Pitiquito. The company is developing the project in partnership with Algenol, and said that it expects to complete the project in the second half of 2010. The project will use salt-water from the Sea of Cortes, as well as industrial CO2 from the adjacent power plant operated by CFE.

In Australia in mid-2008, researchers at Murdoch University announced a series of saline algae test ponds and photobioreactors in a bid to reduce the cost of algae production from $11.46 per kilo to a target of $.95 per kilo. The university has received $1.8 million in federal government support for the project, which will be conducted in conjunction with research efforts in India and China.

Last November, the group said that they have achieved production rates of  50 tonnes of algal biomass per hectare per year, or 13 grams per square meter per day, and said that they were achieving a 50 percent of higher oil content, and expected to do better at a new pilot scale facility. The project is supported by $1.89 million Asia-Pacific Partnership on Clean Development and Climate.

Earlier in 2009 in Australia, researchers at the national science organization, CSIRO, have concluded that the cost of saltwater algae production is now, based on current science, lower than the cost of diesel from fossil crude oil. In the study, the researchers focused on maximizing the value of biodiesel in economic and carbon terms by co-locating algae production with a power source – for power generation purposes more than CO2 capture. The full report is downloadable here.

In December 2008, researchers at the University of Texas were promoting their 3,000 strain collection of algae species; however, UT professor Michael Webber said that the challenge with algae is “price, price, price” with algal fuel costs currently in the $10 per gallon range. Webber also commented that the abundance of CO2, saline water and sunshine made Texas an ideal location for algae development. The New York Times, in highlighting the UT team, also noted that the Department of Energy held a DC-based workshop this week on accelerating algae development.

In mid-2008, the Center for Excellence for Hazardous Materials Management in Carlsbad, New Mexico said that it is less than two years from a major algae oil production demonstration using five strains of algae that have been undergoing research at the center since 2006. The researchers have focused on brine-based algae because of their ability to thrive in salty water and other conditions unsuitable for cultivation of other food crops. The team believes that they can achieve production of up to 8,000 gallons per acre.

Last October in North Carolina, researchers at North Carolina State University received a $2 million grant from the National Science Foundation (NSF). The research team is studying Dunaliella, which grows in brackish or salty water – to map the Dunaliella genome and identify the genes responsible for regulating the quantities and qualities of the produced fatty acids. Once that has been done, the researchers plan to replace those genes with genes from other organisms to produce the desired fatty acids and overcome the internal regulatory mechanisms that could potentially limit fatty acid production. Next, the necessary technology and protocols to grow the algae and extract the fatty acids will need to be fine-tuned. Simultaneously, the researchers will ascertain which chemical catalysts and operating parameters should be used to optimize the conversion of the fatty acids into the desired fuels. Finally, the various fuels will be tested.

In early 2008, Kansas State University researchers received a $98,560 Small Grant for Exploratory Research from the National Science Foundation to carry out a study on the potential for algae grown on solid carriers in the open ocean. Solid carriers float on the ocean surface and provide a nexus for algae to grow. The study will simulate an ocean environment and tests numerous strains of algae to determine which strains have the optimal characteristics for oil content and ability to grow in the ocean.

In Chile, Bio Architecture Lab, a developer of macroalgae as a biobutaol feedstock, has founded BAL Chile last November, and will develop a 240-acre pilot seaweed farm on the island of Chiloé. The $5 million project will include a pilot ethanol production facility that will be located in Los Lagos.  BAL has developed microorganisms that ferment the algae into ethanol — and has partnered with local Chilean companies and universities on the project. The project is expected to increase to a 24,000 acre harvest area spanning the entire coastline of the country, that will produce enough ethanol to replace 5 percent of Chilean gasoline consumption.

Last April in South Korea, national energy officials confirmed that the country will invest $275 over ten years to create 86,000 acres of offshore seaweed forests that will produce up to 396 Mgy of ethanol by 2020.  The production capacity would replace up to 13 percent of South Korea’s petroleum consumption.

Also last April in Scotland, Scottish energy minister Jim Mather opened the $8 million BioMara project that will investigate the feasibility of algae-to-biofuels in the UK. The project is supported by the European Union’s INTERREG IVA Programme, Highlands and Islands Enterprise, the Crown Estate, Northern Ireland Executive and the Irish Government. The project will investigate the biofuels potential of seaweeds as well as microalgae and identify suitable strains for commercial-scale production.

In September 2008, the Digest highlighted a series of seaweed developments in Japan, Australia and Argentina. Seaweed, in the form of sargassum raised on the seabed floor as a biofuel feedstock, was originally the subject of a 3860 square mile underwater biofuel farm proposed in 2007 for the Yamotai seabed off the coast of Japan. NEC Toshiba, Mitsubishi Electric, IHI, Sumitomo Electric, Shimizu, Toa, Kanto Natural Gas Development, and the Japan Agency for Marine-Earth Science and Technology had announced participation last summer.

Now, an Australian researcher presenting at the International Society for Applied Phycology has raised the prospect of cultivating sea-based algae and brown seaweeds off the coast of Ireland as biofuel feedstock. Plus Argentina’s  Oil Fox and Biocombustibles de Chubut is pursuing the production of biodiesel from seaweed based on a $60 million investment from Switzerland.

Jim Lane is editor and publisher of Biofuels Digest.

This article was originally published by the Biofuels Digest and was reprinted with permission.