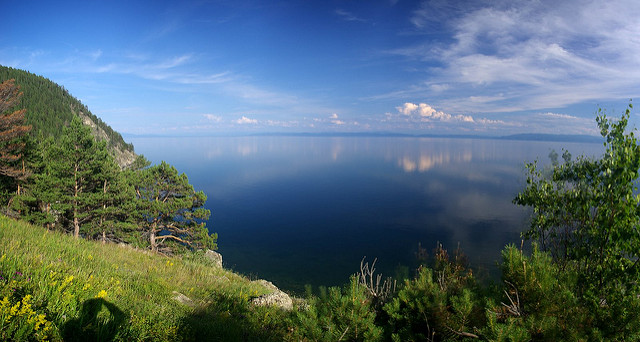 Russia’s concern about water rights is holding up a $1 billion loan package Mongolia is seeking from China to build a hydroelectric dam that would help the landlocked central Asian nation ensure independent supplies of energy.

The Kremlin said in June the project to build the Egiin Gol Hydro Power Plant on the Eg River in northern Mongolia could threaten Lake Baikal 580 kilometers downstream. China is withholding funds until a compromise can be found with Russia, according to Mongolian government documents seen by Bloomberg News.

Mongolia wants to build the 103 meter high dam to generate more power during peak times and in the winter, easing its reliance on electricity from Russia and dependence on coal-fired generation. Its power imports from Russia cost the nation of 2.8 million people more than $25 million a year.

“We need to know if we are independent or just a marionette of Russia and China,” Odkhuu Durzee, the director of the hydro-power project, said in an interview in Ulaanbaatar, the capital of Mongolia. “If we give up, it means the Western coalition will lose Mongolia as a supporting nation — the Mongolian people will know that we can do nothing without Russian or Chinese permission.”

The proposed Egiin Gol dam would lower energy costs by generating an additional 315 MW of renewable power. It would do so by harnessing the power of the Eg River, one the biggest tributaries flowing into the Selegne River, which eventually discharges into Russia’s Lake Baikal — the biggest freshwater body on Earth.

At a meeting last month with Mongolian President Tsakhiagiin Elbegdorj and Chinese President Xi Jinping, Russia’s President Vladimir Putin said the proposed dam would create “serious risks’’ to the water supply in the Irkutsk region. He proposed “increasing the supply of energy” to Mongolia.

“We would like to study these plans very carefully with our friends in Mongolia and China,” Putin said at the time.

The United Nations Educational, Scientific and Cultural Organization, or Unesco, has bolstered the Russian case, issuing a report in 2014 saying that the dam would impact endangered species of fish and birds.

“This project may indeed have negative consequences for Baikal from our point of view,” Dmitry Peskov, a spokesman for the Kremlin in Moscow, said in a text message. “We have said that and keep saying it to our counterparts in Mongolia. We expect that we’ll be able to find mutually acceptable solutions during our bilateral contacts.”

Odkhuu said Russia’s environmental concerns are unfounded and the push back from Russia and Unesco is politically motivated. Mongolia’s foreign ministry has argued that since the Eg River doesn’t cross an international border, the matter is an internal one for Mongolia and Russia shouldn’t have influence.

In the absence of a deal with China, Odkhuu said he’s preparing to apply for funding from other nations including Japan, Korea and Norway if the finance from China Ex-Im Bank never comes through.

Officials from China’s foreign ministry and the China Ex-Im Bank didn’t respond to requests for comment. The president’s office in Mongolia also declined to comment.

“Russia wants to see energy control of Mongolia,” Odkhuu said. “It becomes a political issue. The power lever is in Russian hands. Anytime we are stop listening, we have a fear they will shut off the power, especially in winter.’’

While coal-power plants create a steady baseload of electricity, hydropower can be increased or decreased to meet changes in demand, said Odkhuu. Power capacity is strained by increased development in Ulaanbaatar, which added housing in the past few years.

“Many people think this issue can be settled by building another coal-fired power plant,” Odkhuu said. “But a hydro plant cannot be replaced by a coal plant, due to the need to regulate the flow of electricity.”

China’s burgeoning relationship with Russia may be putting Mongolia at a disadvantage in negotiations, according to Odkhuu. During the same June meeting in Tashkent, Russia and China celebrated the 15th anniversary of the Sino-Russian Treaty of Friendship.

“China now has political interest aligned with Russia,” Odkhuu said. “Chinese have a clear understanding this is not an environmental issue, they know it’s political.”