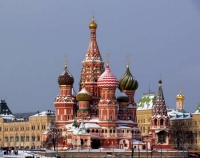 MOSCOW — Utility RusHydro and its subsidiaries have increased their electrical generation by 6% through the first quarter of 2012.

RusHydro says its total electrical generation — including subsidiaries — amounted to 28,700 GWh, while its total generation excluding the contribution of newly-acquired JSC RAO ES of East rose 4% on the year to 17,619 GWh.

The company says the launch of a fifth 640-MW hydropower unit at the Sayano-Shushenskaya plant in December 2011 is one of the largest contributors to its increased production.

The utility also recently announced the modernization of its 458-MW Kamskaya hydropower project, which should be complete in 2014.