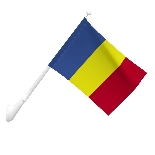 LONDON — Romania, which Ernst & Young called “Eastern Europe’s renewables haven” just a few months ago, now plans to follow other nations’ recent moves in scaling back renewable energy subsidies to avoid further consumer price increases, the nation’s minister-delegate for energy, Constantin Nita, announced in early March. The country is planning to cut the maximum value of its green certificates this summer or early in 2014, Nita said.

Romania currently offers two green certificates per MWh from wind, but it may cut the number to one or 1.5, and to 3.5 from six for solar power, according to the Ziarul Financiar newspaper which cited an unpublished draft law. The maximum value may drop to €30 from €55, the newspaper reported.

“We haven’t made a decision yet but we will make one, and we will change the law because we can’t destroy our local industry, which generates thousands of jobs,” Nita said. He added that EU approval won’t be necessary for the subsidy changes, citing previous incentive-cutting moves by other nations. The green certificates’ minimum value will stay at €27.

Romania has already raised electricity prices by 10 percent in 2013, with about 4 percent of the increase due to clean-energy subsidies, according to Nita. The total cost of renewables to consumers this year is around €500 million, a “price too big for Romanians”, he said.

Romania has about 1600 MW of installed wind capacity and about 70 MW of solar. It has attracted significant investment, particularly in the southeastern Dobrogea region on the Black Sea.

For example, Enel Green Power connected a series of new wind farms to the Romanian grid in December 2012, with a total installed capacity of 206 MW and a generating capacity of about 560 GWh/year. The company’s operational wind power in Romania currently totals roughly 500 MW, built over the past two years and driven by green certificate support.

Enel is joined in Romania by Czech developer CEZ, which announced a 600 MW project in late 2012, and by Iberdrola, which awarded Nordex a contract for the supply and installation of wind turbines for an 80 MW wind farm. These projects are all located in the Dobrogea region.

The energy minister has termed this spate of development “project inflation”, due largely to the generous green certificate scheme. Over 30,000 green certificates were traded in December 2012.

Romania aims to get 24 percent of its energy from renewables by 2020.

“Romania won’t have any problems in reaching its target by 2020 as we already have 1700 MW under development this year, which will bring us very close to the maximum capacity that our power grid can support,” Nita said.