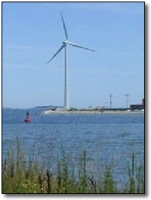 The independent, not-for-profit organization, Save The Bay, has joined forces with the national clean energy group, Green-e, and local groups, People’s Power & Light and Sun Power Electric, in a new partnership to promote the use of renewable energy in Rhode Island.