More
Home Baseload Republicans and Democrats Back Bill to Level the Playing Field for Renewable... 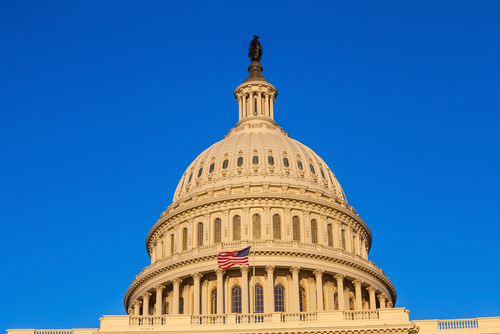 Master Limited Partnerships (MLPs) are taxed as partnerships but also allow numerous investors to hold a small stake similar to stock ownership. As a qualification for MLP status, the IRS requires that partnerships generate a minimum of 90 percent of their income from specific “qualifying sources.” Where natural resources are concerned, these include oil, coal, natural gas and pipeline projects — but do not include renewables such as solar, wind, hydropower and biomass. The MLP Parity Act proposes to change this by expanding the definition of “qualified energy sources” to include these and other clean energy technologies.

“[MLP projects] get access to capital at a lower cost,” said Senator Coons (D-DE), adding that traditional MLPs are “highly effective at attracting private investment.” Coons said that renewable energy investors are prevented from forming MLPs, which he believes can have a starving effect on the growth of domestic renewable energy prospects.

Coons cited “tremendous progress in the last several decades” by renewable energy technologies and added “they deserve the same shot at success in the market as traditional energy projects.” He said an update to the tax code to allow renewable and non-renewable energy sources the opportunity to perform alongside one another on a level playing field would support a necessary all-of-the-above energy strategy.

Senator Moran (R-KS) said that MLPs have proven successful at growing the country’s energy infrastructure and urged the inclusion of clean energy alternatives. “In order to grow our economy and increase our energy security,” Moran said, “sound economic tools like master limited partnerships should be expanded to include additional domestic energy sources.”

The MLP Parity Act is being co-sponsored by Representatives Ted Poe (R-TX) and Mike Thompson (D-CA). Poe said the initiative would render turmoil in the Middle East “irrelevant” to U.S. energy security and called it a “common-sense bill” that would empower all sectors of domestic energy production. Thompson echoed these sentiments, stating that the bill would “create jobs, strengthen our national security, reduce our dependency on foreign oil and move closer to energy independence.”

“This practical, market-driven solution will unleash private capital and create jobs,” Coons said. He stated that in addition to broad support from Republicans and Democrats, the MLP Act has also received the support of academics, investors, and business leaders.

A summary of the MLP Parity Act can be downloaded here.