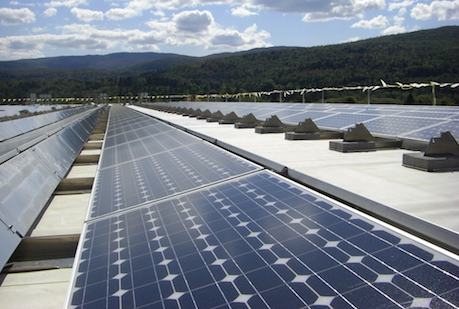 Vermont saw a 9.8 percent increase in clean energy sector jobs since 2013, and jobs in the sector are expected to grow another 6.2 percent by March 2016, according to a recently released report from the Vermont Public Service Department’s Clean Energy Development Fund (CEDF).

The report said that the state’s clean energy sector comprises 2,519 business establishments employing about 16,200 workers. Respondents to a CEDF survey that informed the report projected adding about 1,000 more workers over the next six months.

Speaking at a press conference on Sept. 14, Gov. Peter Shumlin said: “This report shows what we know to be true: moving to a new energy future is not just the right thing to do for our planet, it’s the right thing to do for our economy. Over 16,200 Vermont jobs are now supported by this thriving sector of our economy. Its continued growth will help pave the way for economic opportunities for Vermonters and a planet that is livable for future generations.”

According to the report, in-state solar generation is a significant industry for Vermont; the sub-sector increased by 21.8 percent to about 1,900 employees over the last year, representing 37 percent of all renewable energy workers in Vermont. From 2014 to 2015, Vermonters applied to install about 42 MW of new solar PV capacity, the report said.

“From efficiency to biomass to solar businesses, we are seeing not only more jobs in Vermont in this sector but also an economic ripple into other sectors with nearly 60 percent of clean energy businesses relying on Vermont suppliers for more than half of their vendor needs,” Gabrielle Stebbins, executive director of Renewable Energy Vermont, said in a statement. “This creates a robust network of economic development that keeps all of our dollars circulating locally.”

About 49 percent of firms in Vermont that are involved in clean energy reported overall revenue growth in 2014 over the previous year, while revenues stayed the same at 25.4 percent of the industry’s companies, the report said. In addition, Vermont’s clean energy firms largely rely on those revenues to finance operations and growth. About 10 percent of respondents to the CEDF survey said that they currently rely on grants for their businesses, while only about 5 percent currently rely on investment by venture capital investors, social investors or community development finance institutions.