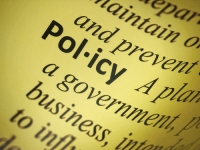 Policy has the power to not only create and shape the renewable energy market, but to sustain it as well.  Examples from around the country, and around the world, demonstrate that effective energy policies effectively drive investment in energy technologies.  In other words, policy that incentivizes investment in turn incentivizes growth.  Statistics show that investment is directly proportional to the scale of incentive provided by a renewable energy policy.  In the U.S. for example, the wind industry saw heavy investment and accelerated growth during years in which the wind Production Tax Credits (PTC) were in place. During years in which the PTC lapsed, however, the industry saw substantially lower investment and slowed growth. Incentivized policy drives the value proposition for investors, essentially establishing a “go, no-go” scenario.

With the wind energy Production Tax Credit set to expire at the end of this year, we are already seeing manufacturers and suppliers preparing for a dramatic drop in domestic orders, and for the subsequent reductions that will ripple through the workforce and the national economy.

An effective energy policy must provide a stable, long-term commitment focused on specific and measurable outcomes, and provide manufacturers and developers with incentives that attract and sustain investment in renewable energy, such as tax credits, monetary grants, feed-in tariffs, or guaranteed loan programs.  Policy should also include achievable long-term targets, with meaningful interim targets that reward performance, as well as clear financial consequences for non-compliance that drive development and deployment of clean energy technologies.  Policy also needs to factor in cost containment measures, favorable payback periods, and be tied to related enabling policies that facilitate deployment.

Success in the US

Federal and state policymakers in the U.S. can learn from the EU’s successful commitment to drive and sustain long-term investment in renewable energy through the power of policy.  In the past few years, the number of states with Renewable Portfolio Standards has increased by more than 50 percent, with a cumulative target of generating about 50 gigawatts of wind-driven electricity by 2025.  However, short-term and fragmented federal policies have not provided the integrated regulatory structure required to incentivize consistent, sustainable investment and growth in clean energy technologies.

Incentivize to Invest, Invest to Endure

Investment in renewable energy technology has proven to be dependent upon, and directly proportional to, incentives established by the power of policy.  The United States has the potential to become the world leader in renewable energy generation—and to achieve the accompanying gains in energy security and economic growth—by establishing policies that encourage and sustain investment in an enduring and efficient energy infrastructure.