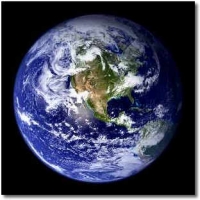 Peterborough, New Hampshire [RenewableEnergyAccess.com] Well over a decade after its inception, the Kyoto Protocol came into effect on Wednesday, February 16. The international treaty, ratified by 140 countries and the European Union, sets goals and trading mechanisms for countries to collectively reach a 5 percent global reduction in greenhouse gas emissions (GHG) from 1990 levels. While compliance with the Protocol focuses primarily on reductions of GHGs, renewable energy technologies could provide one of the most effective means for participating countries to satisfy their growing energy needs while achieving the treaty’s global targets.

The Kyoto Protocol, which was created through the United Nations Framework Convention on Climate Change (UNFCCC), is described by the UNFCCC as “an enhancement of energy efficiency and an increase in the production and use of new and renewable energy, as well as measures to limit or reduce emissions of GHGs (greenhouse gases).” It was created in reaction to GHG emissions statistics from 1992, and the reasoning that emissions levels would continue to increase and contribute to global warming as developing countries began to require larger amounts of energy. Each country that ratifies the protocol has its own emissions targets to meet. Delegates and dignitaries celebrated on February 16, at a ceremony in Kyoto, Japan, where the treaty was formally introduced. Speakers from countries who have ratified the Protocol joined a panel to discuss the significance of the event, but representatives from some of the largest GHG emitters, the United States, China, Australia and India were conspicuously absent. While likely to be some of the greatest GHG contributors in the future, both China and India opposed immediate compliance with the treaty on grounds they should not be held to the same standards as more established, industrialized nations. The United States, principally through the views of the Bush Administration, was unwilling to be put at what they consider a competitive disadvantage against other countries not signed onto the Protocol. The Bush Administration is reluctant to even acknowledge climate change and has repeatedly cited the possible loss of approximately 5 million US jobs if the country were to comply with the Protocol. However, many critics and scientists alike believe the use of renewable energy and energy efficiency measures could actually act as a major new high-tech job engine for the US economy the while at the same time bringing the country into compliance. Renewable energy and energy efficiency projects used to replace traditional power sources that generate GHGs are seen as part of the answer to global warming, but not simply for developing countries. Industrialized nations were encouraged to reduce emissions through similar means, and 84 countries, industrialized and developing, adopted the Kyoto Protocol when it was first introduced. Unfortunately, specifics of the Protocol were incomplete at the adoption and many countries refused to ratify the agreement until the Protocol’s rulebook was completed. Even after the UNFCCC released the Marrakesh Accords to strengthen the Protocol’s methods for reducing GHG emissions, countries such as the United States, Australia and China still refused to ratify the document based on disagreements with the methods recommended. Businesses and environmental organizations in the U.S. are urging the Federal Government to reconsider its stance. Among them, the Washington DC-based Sustainable Energy Coalition, a broad group of 33 companies and organizations focused on the adoption of renewable energy technologies, wrote an open letter to the U.S. Senate and U.S. House of Representatives voicing their concerns. “[I]n spite of the consistency and severity of these warnings, the United States remains wedded to a climate policy that is based almost totally on voluntary measures, carbon sequestration, and long-term research,” the group said in a statement. “Such a policy is not only inadequate, it is irresponsible. It is even more troubling that today, the day that the Kyoto Protocol goes into effect, the United States remains isolated as one of the few industrialized nations that is not a party to the document.” Countries such as New Zealand (see story link below) and Britain have heralded their progress toward meeting Kyoto Protocol requirements. Britain’s Prime Minister Tony Blair has gone on the public record saying he is disappointed that the United States, the world’s largest GHG emitter, was absent from the treaty. Not only is United Kingdom a participating country in the Protocol, but they have put in place an additional target, recently revised to a 14 percent cut in carbon dioxide (CO2) emissions by 2010 compared to 1990 levels. Britain has also instituted its own Renewables Obligation that requires the country to get 10 percent of its energy needs from renewable energy sources by 2010, and this obligation will go toward meeting Kyoto commitments. Wind power will play a major role. This year the wind power industry in the country will build at least 18 new wind power facilities, representing a 66 percent increase in current generation, according to the British Wind Energy Association (BWEA). “The coming into force of Kyoto is a truly historic moment as it sets us on a path to achieving the widespread use of carbon free energy,” BWEA spokeswoman Alison Hill said in a statement. “Wind and other renewable power sources will be at the heart of our nation’s move away from fossil fuels as we begin to take action on climate change.”