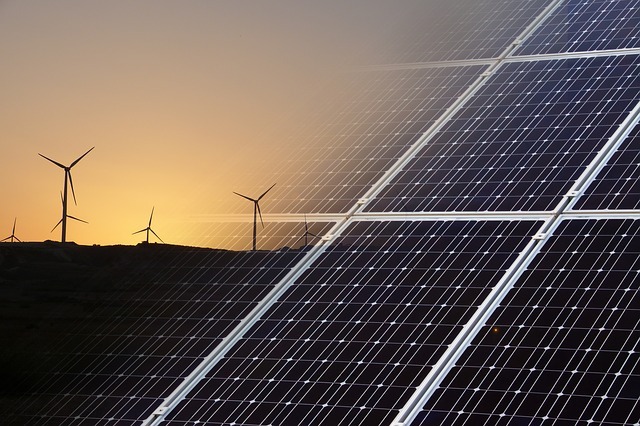 Renewable energy generation has almost doubled in the past 10 years thanks to a major build-up of wind and solar, according to the U.S. Energy Information Administration.

A new report by EIA shows that renewables achieved a new record of 742 million MWh of electricity generated in 2018. This is compared to the 382 million MWh produced in 2008.

Wind and solar combined to make up 90 percent of that renewables increase, the report shows. Hydro increased about 2 percent over the last decade.

Hydroelectricity is still the biggest piece of the renewables mix, records show, totaling 292 million MWh generated last year. Wind is catching up, rising 55 million MWh in 10 years to 275 million MWh for 2018, according to the EIA.

U.S. solar generation has jumped exponentially in the decade, from 2 million to 55 million MWh. Solar now generates 2.3 percent of the U.S. electricity mix, compared with hydro and wind at 6.9 and 6.5 percent, respectively.

Utility-scale wind is helping fuel the renewable rise. New offshore and onshore wind projects pushed its capacity to 94 GW, nearly four times what it was in 2008. Solar has multiplied more than 50 times to 51 GW of installed capacity, according to the EIA.

Renewables-including biomass and other resources-accounted for 17.6 percent of electricity generation in the U.S. last year.

Natural gas prices, however, will continue to dictate the overall direction of the U.S. power generation market. If reserves continue to rise and prices stay low, gas could fuel up to 54 percent of the electricity mix by 2050, the EIA previously projected.

That scenario holds sway if natural gas prices are around $3.90 per million British thermal units in 2050, the EIA says. If reserves and production falls and gas prices hit $8.62 per mmBTU, the EIA projects that the gas percent of the electricity mix could drop to 21 percent, about the same as the projected coal-fired generation.

Gas is currently at around 33 to 35 percent, depending on operations. Coal has fallen to around 30 percent while nuclear is almost 20 percent.