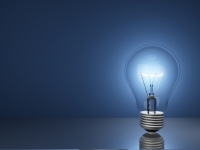 Washington, D.C. — According to the most recent issue of the “Monthly Energy Review” by the U.S. Energy Information Administration (EIA), renewable energy sources (i.e., biofuels, biomass, geothermal, hydroelectric, solar, wind) provided 11.14% of domestic U.S. energy production during the first six months of 2010 – the latest time-frame for which data has been published.

Moreover, renewable energy’s contribution to the nation’s domestic energy production is now almost equal to that provided by nuclear power. Nuclear power accounted for 11.19% of domestic energy production during the first half of 2010 – compared to 11.14% from renewables. But while renewable sources continue to expand, nuclear output in 2010 dropped – declining by 1.3% from its comparable 2009 level.