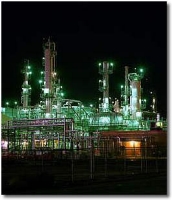 Washington, DC [RenewableEnergyAccess.com] Move over solar, wind power, geothermal and other renewable energy technologies — it’s all about hydrogen these days.

The U.S. Department of Energy (DOE) recently selected a host of recipients from across the country for over US$75 million in research and development funding for the President’s Hydrogen Fuel Initiative. In his 2002 State of the Union address, President Bush pronounced his vision that, “the first car driven by a child born today could be powered by hydrogen, and pollution-free.” The research projects announced in this latest round of funding are meant to address major technical and economic hurdles in renewable and distributed hydrogen production technologies that will have to be overcome to make the President’s vision a reality. “The projects we are announcing today highlight the emphasis that the department has placed on renewable and distributed production of hydrogen,” said DOE Secretary of Energy Spencer Abraham. “They will move the nation toward advanced technologies to make and deliver safe, affordable hydrogen for fuel cell powered vehicles.” Today, almost all hydrogen is produced via steam reforming of natural gas at oil refineries since that is the most cost-effective process. An intense dialogue has erupted over the past few years over the validity and efficacy of pursuing a hydrogen economy based largely on the continued production of hydrogen from fossil fuels. While hydrogen is a clean burning fuel, it’s only as clean or renewable as its energy source. The official DOE press release creates the impression the funding is mostly for renewable energy-derived hydrogen. But that’s not the full story at all. There are some valid efforts toward renewable energy technologies: Arizona-based Stirling Energy Systems received funding pursuing a solar-based Dish-Stirling solution to hydrogen energy production. The Florida Solar Center secured a grant to explore and develop a process to create hydrogen by solar assisted thermochemical water-splitting cycles. And there are more. A closer look at the contracts, however, reveals considerably less emphasis on renewable energy technologies. Since Bush’s mention of hydrogen during that pivotal State of the Union speech, many renewable energy proponents have expressed worry that proven, established renewable energy technologies would take a back seat to the administration’s hydrogen vision. Whispers throughout the industry are growing more vocal that the Bush administration’s support for hydrogen might be mere window-dressing meant bask the administration in a green, progressive glow to the general public while largely maintaining the status quo. That status quo being the traditional, fossil energy industries producing the hydrogen. This latest funding round does little to refute that. “Most of the Hydrogen RD&D funding does not go to renewables, I say probably 15 percent,” said Scott Sklar, President of the Stella Group, an energy and renewable energy consulting group. “The rest of the hydrogen funding goes to infrastructure (pipelines, gas, vehicle delivery systems, etc), conversion – mostly fuel cells but also nuclear and coal, and some basic RD&D as well. Not a pro-renewable investment by any means.” The funding has also been “leveled,” according to Sklar, and after taking out management and national laboratory overheads, there is little left to work with. “The point being that more of the U.S. renewables budget goes for non-renewable activity than ever before – i.e. International, Hydrogen, Electric Energy Systems including Distributed Generation,” Sklar said. The proposals selected address key recommendations from the recent National Research Council (NRC) Report “The Hydrogen Economy: Opportunities, Costs, Barriers and R&D Needs,” a report some experts say took an overly negative view of the potential and importance of renewable energy. “We were reviewers on the NRC study and had lots of problems with it,” said Steve Clemmer, Research Director, Clean Energy Program for the Union of Concerned Scientists. “We thought that they used somewhat pessimistic assumptions for renewables and overly optimistic assumptions for fossil fuels and nuclear in what they called their future ‘optimistic’ case.” Clemmer said the board overseeing the study was heavily weighted by the fossil fuel industry with very little representation from the environmental community and “virtually no” representation from the renewables industry. In addition, the UCS did not feel that the NRC board did a good job at identifying the potential problems, uncertainties, and costs with carbon sequestration – a clear favorite of this administration. The NRC’s report calls for shifting more hydrogen production work towards more exploratory research on what they call “long-term sustainable, carbon-free pathways.” Some of the near-term projects tackle distributed hydrogen generation appliances such as small-scale natural gas reformers and electrolyzers that can be sited at existing gasoline stations. This addresses another NRC recommendation to use already existing natural gas pipelines and electricity transmission and distribution systems which already exist. The DOE said these small scale technologies can also make use of renewable resources to produce hydrogen such as bio-derived liquids and wind-based electricity. Whether renewable energy ends up being incorporated in any large fashion has yet to be seen. “On the surface, it certainly looks positive for renewables,” Clemmer said. “However, we are skeptical about what it means in the overall scheme of hydrogen R&D. The Bush Administration’s priorities for R&D have tended to focus more on using natural gas, coal, and potentially nuclear power to produce hydrogen, without adequately considering the environmental and natural security risks.”