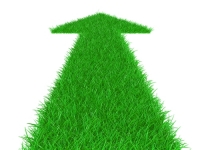 Two recently-issued federal studies underscore the dramatic growth in electrical generation from geothermal, solar, wind, and other renewable energy sources during the first three and one-half years of the Obama Administration.

According to the latest issue of the monthly “Energy Infrastructure Update” published by the Federal Energy Regulatory Commission’s Office of Energy Projects with data for the first half of 2012, 229 renewable energy projects accounted for more than 38% of new electrical generation capacity (not to be confused with actual generation). This includes 50 wind energy projects (2,367 MW), 111 solar energy projects (588 MW), 59 biomass projects (271 MW), 5 geothermal projects (87 MW), and 4 water power projects (11 MW).

The numbers speak for themselves — notwithstanding politically-inspired criticism, the pro-renewable energy policies pioneered by the Obama Administration have proven their worth through dramatic growth rates during the past three and one-half years. The investments in sustainable energy made by the federal government as well as individual states and private funders have paid off handsomely underscoring the short-sightedness of proposals to slash or discontinue such support.