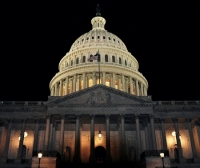 WASHINGTON, D.C. — Developers, manufacturers, investors and other renewable energy industry stakeholders need to know where the next big market is going to be so that they can adjust their business decisions accordingly.

Since 2003, global consultancy Ernst & Young has released its Country Attractiveness Indices, which gives a numerical ranking to 30 global renewable energy markets by scoring renewable energy investment strategies and resource availability. The indices are updated on a quarterly basis and the most recent report can be found here.

Here is the firm’s assessment of the U.S.

The U.S. solar sector, and arguably the country’s wider renewable energy market, has been dominated this quarter by news of bankruptcies, corruption theories and accusations of international trade Law violations. Q3 saw Evergreen Solar, SpectraWatt and Solyndra all declare bankruptcy, each citing Chinese competition as a major factor.

The failure of Solyndra has attracted the most attention — in 2009, it was awarded a federal loan guarantee worth $535 million (€393m) to build up its manufacturing capacity, and its Fremont plant even received a visit from President Obama in May last year. Following its bankruptcy filing in September, it was subsequently raided by the Federal Bureau of Investigation (FBI) as part of an investigation as to whether the company misled the Government about its finances. The Obama Administration has also been criticized for failing to vet the company closely enough.

These events have led to broader questions being raised about the Government’s clean energy support policy and the fairness of competition from Chinese module makers. The investigation could rep g present a lethal blow to the image of U.S. renewables and to support for public investment in the sector.

Chinese subsidies have been blamed for the troubles of U.S. solar companies, causing Democrat Senator Ron Wyden to call on President Obama to consider imposing “anti-dumping” duties on Chinese solar equipment and filing a complaint against China at the WTO. Wyden claims that solar panel imports from China are set to triple in the current year, from 2010 levels. The jury is still out on whether the Obama Administration will take any action but regardless of the outcome, the question remainswhether U.S. technological excellence can keep it in the race against China’s advantages of low price and economies of scale.

The bankruptcy of Solyndra has arguably had a more farreaching effect than simply launching FBI investigations and raising potential WTO claims against China. Given Solyndra was the recippient of a $535 million (€393m) loan gguarantee, the Department of Energy’s (DoE) Section 1705 Loan Guarantee isnow under intense scrutiny. The negative attention has impelled the Department of Energy (DOE) to increase the program’s documentation requirements and in some cases, these additional requirements, retroactively applied to previously approved programs, are derailing projects. Coincidentally, Q3 also witnessed the scheduled closing of the loan guarantee program; however, the additional scrutiny and scandal accusations have increased concerns that the program will not 19 Renewable energy country attaccusations have increased concerns that the program will not be renewed as part of upcoming legislation.

However, this strong performance is likely to be a result of investor concerns that Congress will allow key US support programs for clean energy to expire at the end of this year without renewal. As well as the Government moving to complete loan guarantee work ahead of the expiry of the program at the end of September, developers and investors have been rushing to finance their projects to make sure construction begins before the Treasury grant scheme for wind and solar ends in December this year.

Expiration of the 1603 Program

By 31 December 2011, all projects that hope to be eligible for the 1603 grant in lieu of the Investment Tax Credit (ITC) must demonstrate construction commencement through (i) physical work of a significant nature or (ii) the safe harbor test of whether more than five percent of the total actual costs of specified energy property have been paid or incurred. Actual applications must be filed with the Treasury no later than 1 October 2012.

With no certainty in the short term on whether the program will be renewed, the U.S. is likely to witness a shrinking project pipeline. This will be particularly noticeable in the wind sector, which will now be looking to make decisions on whether or notto develop projects which will become operational post 2012, when the PCT is due to expire.

In other solar news, companies seeking to build large-scale solar projects on federal lands that fall outside the “fast-track” zones designated by the Interior Department’s Bureau of Land Management across a number of southwest states, may have to wait twice as long to get projects approved wait twice as long to get projects approved. Developers are increasingly concerned, following the announcement that the agency plans to reduce the size of, or eliminate entirely, some of the 24 zones identified in earlier environment impact assessments. If site availability becomes squeezed, developers may well find themselves hindered by a prolonged approvals process for sites outside these zones.

For more information on renewable energy development in the U.S., contact the report’s authors Michael Bernier and Dorian Hunt.