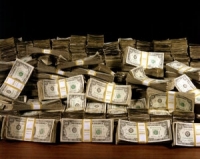 London, UK [RenewableEnergyWorld.com] Worries about climate change, support from world governments, rising oil prices and ever present energy security concerns combined to fuel another record-setting year of investment in the renewable energy and energy efficiency industries in 2007, according to an analysis issued by the United Nations Environment Programme (UNEP).

Globally, more than US $148 billion in new funding entered the renewable energy and energy efficiency sectors last year, up 60% from 2006, even as a credit crunch began to roil financial markets toward the end of the year. This is the finding of the report, Global Trends in Sustainable Energy Investment 2008, prepared by UK-based New Energy Finance for UNEP’s Paris-based Sustainable Energy Finance Initiative.

“The clean energy industry is maturing and its backers remain bullish. These findings should empower governments-both North and South-to reach a deep and meaningful new agreement by the crucial climate convention meeting in Copenhagen in late 2009,” said Achim Steiner, the head of UNEP.

Wind energy again attracted the most investment, US $50.2 billion in 2007. Solar power grew most rapidly, attracting US $28.6 billion of new capital and growing at an average annual rate of 254% since 2004, driven by the advent of larger project financings.

The picture since the end of 2007 has been somewhat less active across the entire sector. Only mergers and acquisitions have been up as several substantial wind developers sold their portfolios — many realizing that with the tightening up of the credit markets they could not finance the growth themselves.

But in the second quarter of 2008 most areas of investment rebounded, even as global financial markets remained unstable. Sustainable energy venture capital and private equity in Q2 2008 was up 34% over Q2 2007. New build asset finance was up 8% and public market investments showed a strong recovery with the IPO of Portuguese utility EDP’s renewable energy business, EDP Renovaveis.

Most of the new money flowed into Europe, followed by the U.S. However, China, India and Brazil draw growing investor interest, their share of new investment growing from 12% in 2004 to 22% in 2007, an increase in absolute terms of 14 times, from US $1.8 billion to US $26 billion.

For more information on the study from UNEP and New Energy Finance, click here.