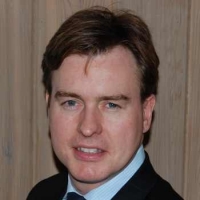 For a hundred years, beef and oranges were our lifeblood. I contemplated this as I watched Gov. Charlie Crist unveil in Sarasota the largest ever solar power project in the Sunshine State. Rising anew out of our fertile land is the promise of a silicon crop to power a high-tech solar industry — one that could be a panacea to the Feb. 26 electricity blackout; an industry that has $30 billion of global revenues and may quadruple to $120 billion by 2011. Leading investors like John Doerr say clean energy is “going to be the largest economic opportunity in the 21st century.”

Financial markets have seen the future: All solar companies’ stock value grew from $3 billion in 2004 to $140 billion in 2007. Several are already comparable in size to Florida’s largest utilities. This matters to us because of jobs, energy security and the environment.

Solar is generating big profits in California and Europe as the industry has transformed itself. Germany has created “a job machine,” according to the government, with “1/4 million employed in renewables” growing to “1/2 million by 2020”; 50,000 are in solar. These are high-paying jobs in electrical installation, construction and high-tech manufacturing. Florida’s underemployed construction workers could do with some of these.

Europe is energy dependent on natural gas from Russia and oil from the Middle East. Recall last winter, when Russia turned the gas tap off to its neighbors, panicking European-end customers. Note that Florida imports 98 percent of its fuel for electricity production with 50 percent being natural gas. Saber rattling from Venezuela to Iran will keep fossil fuels at record prices, leaving Florida exposed to price increases. Furthermore, the current utility power generation model leaves the state exposed to both grid system failure and terrorist attacks. The recent blackout, which cut power to 1 million Floridians, demonstrated only too clearly these risks.

Oil at $100 a barrel and energy security concerns caused Europe to successfully embark on game-changing initiatives to increase renewable electricity production. New German policies led to a doubling of renewable energy production, accounting for now 13 percent of all electricity produced with 27 percent foreseeable by 2020 (Florida is stuck at 2 percent). Further, most of the renewable energy production was solar, wind or biomass, built by households and local communities — thus spreading energy production and decreasing the impact of blackouts caused by a failing transmission system or a single shut-down nuclear plant. These policies are now being copied worldwide.

Germany achieved this by making entrepreneurs out of schools, churches, farmers and homeowners, who generate solar or wind power on their rooftops or land and sell it back to the local utility for profit. Solar demand soared. Germans last year built the equivalent of two coal plants’ worth of solar; this may grow by 75 percent to two gigawatts (GW) of solar in 2008, with all of the $12 billion investment funded by the private sector.

That’s the equivalent of two nuclear power plants, built in one year alone in cloudy Germany as new solar technology allows for production even on cloudy days. It’s more than double the amount of new power plants that Florida needs each year to keep up with growing demand. Floridians argue over the cost and siting of new nuclear plants, which won’t be operational until at least 2018. Let’s instead immediately begin constructing that much-needed power from clean Florida sunshine, creating a domestic industry built entirely by Floridians and employing 30,000 people.

California has grasped this opportunity. Gov. Arnold Schwarzenegger implemented a plan to invest $3 billion in solar incentives. And thanks to its more diverse venture capital industry, the state now has a strong solar manufacturing base and a thriving solar construction industry. Why doesn’t Florida, with almost identical solar conditions, try to do the same?

The solutions are at hand. We have political leadership from the governor and Sarasota legislators, Sen. Michael Bennett and Rep. Keith Fitzgerald. They understand that our orange groves can also hum to the sound of electricity and the chink-chink of money banked in-state rather than sent abroad. And as we saw at the recent Sarasota Renewable Energy Conference, we have an enthusiastic, informed local business and political community that gets that “green can be gold, too.”

But what about cost? The hugely successful renewable policies cost the “price of a loaf of bread,” according to the German government, or $2.50 per month per household via a utility surcharge. Add in the new jobs and local investment, and it benefits Germany to the tune of $9 billion a year. Given Florida’s insignificant levels of renewable energy production, it will take several years of building solar/wind to get to this amount, during which solar prices are predicted to fall close to grid parity as fossil fuel prices will be higher, reflecting inevitable carbon or cap and trade costs for carbon dioxide emissions and solar costs of production fall.

As Germany proved, new jobs will flow into the construction, farming and engineering businesses that go with a new industry born on God’s free sunshine, which will more than offset the $1 to $2 per month additional cost and will result in a massive economic stimulus for Florida. We might even get a “Silicon Alley” going, too, sparking a venture capital revolution in Florida to finance these investments.

Part 2 of this series will examine how I think we can bring more green energy investments to Florida.

John Burges is an investor in the energy sector with over fifteen years of experience financing or advising companies or projects. He started his career in investment banking working for Deutsche Bank and then Merrill Lynch as a Director. He subsequently was Chairman of a private equity backed independent power company which owned approximately 450 MW of gas fired power generation in the US. He then became a senior officer in a $700 MM private equity investment company based in the Middle East that invested across the energy spectrum including in the solar sector. More recently he has been working extensively within the rapidly expanding renewables power sector in Europe. John has an MBA from Columbia Business School and a BA (Hons) from Bristol University, England. He has lived in the UK, US and the Middle East. He resides now in Sarasota, Florida with his wife and daughter.