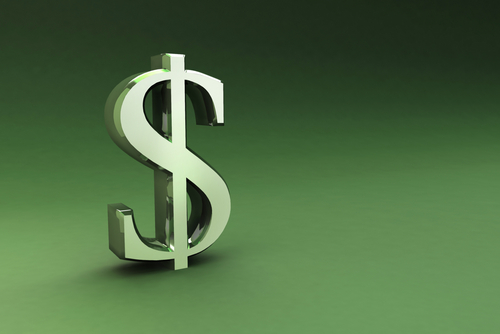 Last year was a record year for clean energy finance. According to Bloomberg New Energy Finance, investment in clean energy increased in China, Africa, the U.S., Latin America and India, driving the world total to its highest ever figure of $329.3B, up 4 percent from 2014 and beating the previous record set in 2011 by 3 percent. However, 2016 should give it a run for its money, so to speak.

The global energy transition is underway and mainstream investors, particularly in the U.S., are starting to take notice. That was the message that Tom Konrad, financial analyst and CFA offered in an interview on the topic of clean energy investing in 2016. For the past six years, Konrad has put together a list of 10 clean energy stocks that he feels are worthy picks for the coming year.  He then tracks those stocks writing monthly updates on the portfolio, which has regularly outperformed the benchmark. 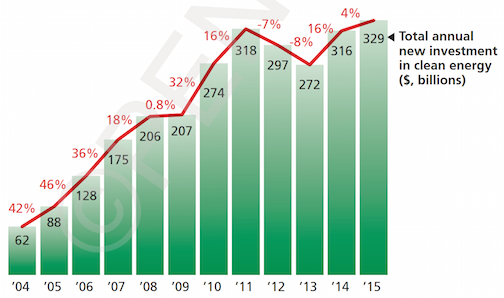 Konard is certain that a shift has occurred regarding mainstream investments. He believes that the greater attention that was focused on clean energy — through the clean power plan in the U.S., the Paris Framework, and the late-2015 extension of tax credits for clean energy in the U.S. — will lead U.S. investors to jump into the clean energy investment market, bringing with them significantly more dollars into the sector. “I’m optimistic that 2016 could be a year where clean energy starts being more and more part of major portfolios,” he said.

Konrad believes that more money will be invested in the sector in 2016 even if the general market goes down. “2016 could be the first year that we see renewable energy do a lot better than the overall market,” he said.

“And then if we have a flat to positive year in the general market, this could be another one of those plus 50 percent years,” he said.

While renewables have also experienced those minus 50 percent years, Konrad doesn’t see that as a likely scenario for 2016. He offered First Solar as an example.

“It’s trading at a P/E [price to earnings] ratio of 12, which is appealing to non-green investors.” Konrad explained that this means First Solar is “a reasonably valued company that just got this giant benefit from the ITC extension. When you have a value company that suddenly has more drivers behind it, it’s really hard to see why it could possibly go down much.”

While globally investors have already “woken up” to the potential of clean energy, according to Konrad, that fact that 2016 could see more U.S. investors entering the market is huge. That’s because the U.S. has the largest equity market in the world and U.S. investors make up a healthy portion of it.  “The U.S. making a shift is a big deal. It is the most widely followed market,” said Konrad.

While Yielcos had a rocky 2015, they did rally a bit in December, said Konrad, who thinks they ought to do pretty well in 2016.

“It is very likely we will never again see as good of a time to buy clean energy stocks as we did in December 2015,” said Konrad explaining that clean energy companies were very much undervalued in December because not enough investors were paying attention to the sector. “I don’t think that will ever happen again,” he said.

Undervalued companies may make for a great buying opportunity for clean energy investors, but for the companies themselves it’s a problem. “There is a little bit of correlation between solar companies and oil stocks,” said Raj Prabhu, CEO and co-founder of Mercom Capital. “Even though there is no relation between the two,” Prabhu said “unsophisticated investors” avoid solar stocks when oil is down. “It’s always been like this,” he said, “this isn’t the first time that when oil is down, solar stocks go down.”

A low stock price makes it difficult for public companies to raise money, said Prabhu. “For example SunEdison is at $3, it used to be $33 just six months ago,” he said.

“That is a difficult position to be in, because if you try to raise money now, it’s going to be expensive,” he said.

Prabhu acknowledged that it is difficult to predict what is going to happen with stocks but he does believe that the current low valuations will have “a significant effect” on the sector.  He also brought up the “yieldco disaster” explaining that SunEdison over-leveraged itself and when its stock price started to drop, it brought the rest of the sector down with it. “Everyone got scared off by this one company, because they were the bellwether,” he said. Yieldcos could come back if the overall stock market comes back. “I don’t know about SunEdison but at least the rest,” he added.

On the other hand, solar leasing companies should do well in 2016. Not just because of the ITC extension but also because with it, they can raise tax-equity funds, said Prabhu. “Even though there is a slight movement from lease toward loans, these companies generally are going to do well.”

Prabhu said that we could also see more securitization in the market. That is when companies bundle solar leases and sell them on the stock market. So far there is about $600 million that has been securitized and Prabhu thinks there will be more in 2016 because of the mature market and policy stability. For companies, the interest rate to borrow against securitized assets is cheaper, said Prabhu.

“In our industry, whether you go from lease to loan to yieldco to securitization, [companies] are always chasing the lowest cost of capital,” said Prabhu. And with a market that is always evolving, who knows what the next instrument will be, he added.

The cost of capital for renewable energy companies was the topic of a Chadbourne and Park webcast in which all five panelists (representing major banks that are active in the renewable energy space) said that 2016 should be a very busy year.

While most of the bankers on the panel were reluctant to give numbers, Chadbourne’s Keith Martin, panel moderator, said he had seen deals in the wind market “drop below 8 percent on an unleveraged basis for larger projects.” He said solar PV deals were even lower, at just under 7 percent for utility-scale projects and for residential rooftop PV, he has seen deals just under 9 percent unlevered.

The project finance market doubled in North America in the past two years said Thomas Emmons, Managing Director, Head of Renewable Energy Finance, Americas for Rabobank, New York Branch one of the webcast panelists. “In 2015, renewables were up 70 percent to $17B from last year, and that big growth occurred in both wind and solar,” he said. Compared to the other energy sectors including oil and gas, renewables were the big winner. “In some ways, 2015 was the year that renewables moved into first place in power generation volume,” he said.

In terms of rates increases at least for long-term projects, Emmons said the forecast is good news for the industry: “For term project financing…the rate increases have, and are expected to have, a very moderate effect on the effective cost of long-term borrowing.”

Emerging Market Funding On the Rise

Another way to finance renewable energy is through green bonds. These are pools of money created to fund renewable energy development activities in a particular region or municipality. “2016 will be a significant year for Green Bonds,” said Christopher Flensborg, Head of Sustainable Products and Product Development, Fixed Income and DCM at SEB, a Nordic corporate bank in a press release. 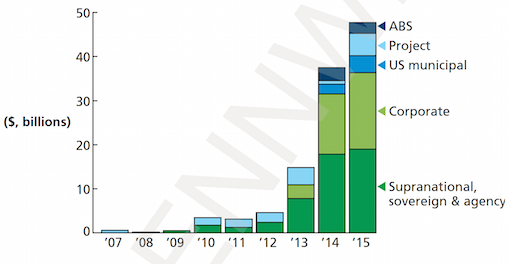 SEB estimated that the Green Bond market would reach $80-100B in 2016, which would be double the 2015 market. Europe and the U.S. will lead but the two Asian giants — China and India — could also be important. In December 2015, the People’s Bank of China released a directive on the use of Green Bonds for project financing.

Mercom’s Raj Prabhu has also seen innovative financial instruments created for the African market. “We also saw last year that a little more than $100 million went into companies that are selling distributed products such as solar lanterns and pay-as-you-go solar to markets in Africa and India,” he said. “That’s a first.”

This isn’t a huge market in terms of dollars, said Prabhu but it’s one filled with billions of potential customers.  Most recent figures estimate that more than 2 billion people do not have access to electricity.

“To really reach this poorer population and make it work with the money they have, that hadn’t really happened in a larger scale,” said Prabhu, adding “these companies are doing amazing things.” They will have to make money, though, he said, so if they get returns to their VC’s then we should see growth in this sector as well.

Jenny Chase of Bloomberg New Energy Finance agrees. “Although this is a small part of total investment, we expect that there will be many more venture capital deals and debt for working capital for companies extending for-profit solar energy access to Africa, South America and South-east Asia,” she said in an email.

In addition, Chase expects the North Africa and Middle East market to grow. “Despite the low price of oil [that market is] discovering that solar and wind can be a cost-effective part of their energy supply. For example, last year’s auction in Dubai agreed to buy solar at a price of >$58.5/MWh, which is more than gas but not by much,” she added.

Working on a solar project that you can’t get to pencil? Learn about Financial Modeling for Solar PV Projects in RenewableEnergyWorld.com’s upcoming course. Check it out here.