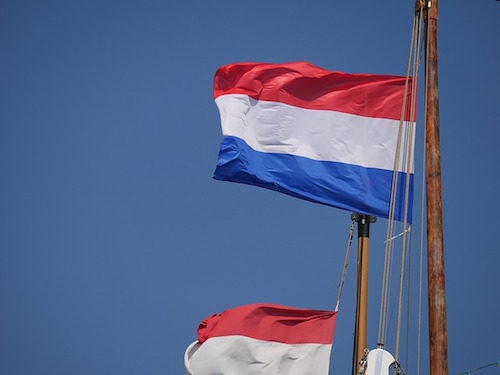 Amsterdam, The Netherlands—The Netherlands would like to be regarded as a pacesetter in clean energy, but it lags behind most other European Union nations, with only 5.8 percent of its energy coming from renewable sources. Whereas it is striving to reduce its reliance on fossil fuels, the Netherlands’ climate policy relies heavily on voluntary compliance from the corporate sector and has been controversial.

In June 2015, a federal lawsuit required the Netherlands to reduce its greenhouse gas emissions 25 percent below 1990 levels by 2020. Prior to the decision, its goal was a reduction of only 17 percent relative to 1990. Partly as a result of the ruling, the Dutch Parliament voted in November 2015 to phase out the use of coal, which provided about 40 percent of the nation’s electrical power in 2014.

According to Greenpeace Netherlands Director Sylvia Borren, the Netherlands has some of the cleaner and more energy-efficient industries in the world and could be a leader in decarbonization. Some important energy efficiency measures have already been adopted, such as laws that require all businesses to implement any cost-effective CO2-saving production method that will pay for itself within five years.

“That’s a good law,” Borren said, “but it’s not being implemented and enforced enough.”

Using a pragmatic, consensus decision-making process called the “Polder model,” the Netherlands’ multi-stakeholder Social and Economic Council conducted a planning effort in 2013 that saw Greenpeace abandon its customary role as an outsider and join in on months of tough negotiations.

The resulting Energy Agreement for Sustainable Growth deal provides for increases in wind and solar power production, energy conservation, and some 50 sub-goals, including the closure of old coal plants. Milestones set by the agreement include saving 1.5 percent of the country’s final energy consumption per year and increasing the proportion of the energy supplied by renewable energy from a mere 4.4 percent in 2011 to 16 percent in 2023.

The Energy Agreement contains an energy strategy to guide the country in a transition to a wholly sustainable national energy supply by 2050. The current policy involves encouraging business to act through good will, but the environmental community now believes that compulsory measures are needed.

Renewable Energy World asked Boren what she thought the most important lesson the world could glean by looking at the process that the Netherlands is going through right now in trying to wean itself from fossil fuels.

“The positive lesson,” she replied, “is that you can get nearly 50 partners around a table and get to a glass half-full deal. The negative lesson… is that when you have a lot of signatures under such a deal, and leadership changes,” then people negotiate backwards after the deal is done.

“[W]e’ve got to have a carrot and a stick… I don’t believe that good will is enough, in terms of the time that we have,” she said. If it was, she added, “we would have had a successful climate deal 25 years ago.”