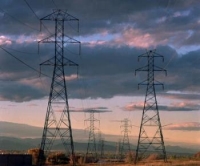 Speaking before an audience of federal and state regulators, utilities and other industry players, Yeager said that the future of the U.S. electric power system rests upon our ability to take advantage of the technology available today and prioritizing the modernization of our unreliable, inefficient and insecure grid infrastructure.

“Our electric power system has been in a sub-prime mortgage-like era for decades,” Yeager said. “There are no technological or economical obstacles to modernizing the U.S. electric grid, only policy and regulatory barriers that must be eliminated,” said Yeager. “If states open up the electricity market and offer utilities incentives for integrating smart grid technology and giving consumers control of their own energy use, everyone will win. Consumers gain better service and a smaller carbon footprint while utilities gain much-needed upgrades and a system that is less vulnerable to cyber-attack.”

Yeager shared some of the Initiative’s key proposals that will pave the way for a more intelligent electricity grid:

The National Electricity Delivery Forum examines and addresses the inherent infrastructure challenges and issues that impact electricity delivery. Sponsored annually by the National Association of Regulatory Utilities Commission (NARUC) and the U.S. Department of Energy Office of Electricity Delivery and Energy Reliability (DOE), this forum addressed the role of U.S. electric power delivery in addressing the challenges of climate change, demand growth and energy security.

The Galvin Electricity Initiative, launched by former Motorola chief Robert W. Galvin, is leading a campaign to transform the nation’s obsolete electric power system into one that can truly meet consumers’ needs in this new century. Galvin’s vision — a Perfect Power System that cannot fail the end-user — includes a major technological update as well as the development of smart microgrids that benefit consumers and suppliers alike. The first Perfect Power System is being built on the Illinois Institute of Technology campus.

In related news, this week the Galvin Electricity Inititiative launched the “Sad Socket” public education campaign to draw attention to the dangers and inefficiencies of the outdated U.S. electric power system and encourage policy makers and state regulators to change the way utilities do business. The ads will appear in The Wall Street Journal, The Boston Globe, the Chicago Tribune and The Washington Post. On its accompanying web site, the initiative offers policy solutions and suggests what U.S. consumers can do to conserve electricity, save money and join the movement to renew the electricity grid.