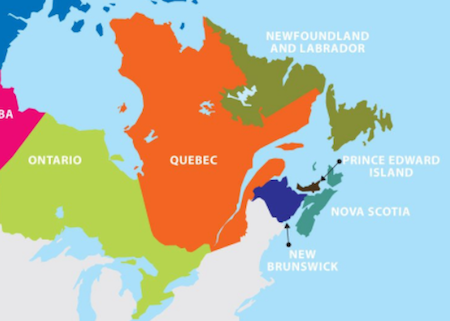 Over a seven-year period in a deal worth an estimated C$1 billion (US$750 million), Ontario will be allowed to annually import up to 2 TWh of hydropower from Quebec.

Ontario Premier Kathleen Wynne and Philippe Couillard, Quebec premier, signed the deal originally announced in October, at a Dec. 15 ceremony during a joint cabinet meeting of the two governments.

Ontario estimates it will save $70 million (US$52.5 million) over the life of the deal versus previous energy cost forecasts, Wynne said.

As part of the agreement, Hydro-Quebec will use the flow from its storage facilities through their large reservoirs to produce 500 GWh of hydropower on demand, which will permit Quebec to reduce its surplus generation.

Wynne estimated Ontario’s annual greenhouse gas emissions will be reduced by about one million metric tons, and she said current transmission lines between the two provinces can handle even more power, but left room for Ontario to invest in infrastructure.

“Our understanding is that there is still capacity and we will be as ambitious as we can and at some point there may need to be some infrastructure investment,” she said. “But there is still room to improve and expand the partnership.”