Love it or hate it, summer is gone and cold weather is creeping its way into our lives. Here in New England, fall brings all sorts of activities, from apple picking to pumpkin patches to football. But at REW, we’re most excited for one quintessential fall event: Oktoberfest.

The changing leaves also bring about changing brews, so we decided to highlight several breweries that are cooking up batches of ales, IPAs, stouts and lagers with the help of renewable energy.

Do you know of any sustainable brewers that we missed? Leave them in the comments below, or better yet, send us some samples. 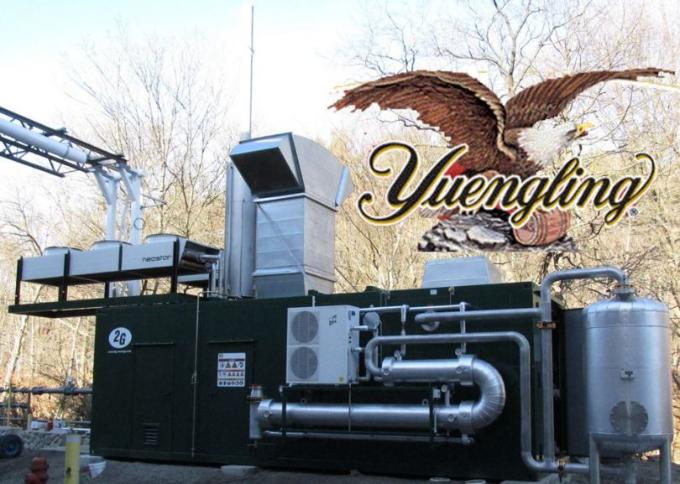 Known as a Pennsylvania staple and President Obama’s favorite beer, Yuengling operates the oldest brewery in the USA. (We here in Massachusetts recently welcomed this brew into our state with open arms.)  In September, Yuengling announced that the old brewery recently installed some new technology — a combined heat and power (CHP) system.

In early-September, 2G Cenergy installed “plug-and-play” CHP technology at the plant that serves about 20 percent of its electricity needs. The methane gas is generated at the brewery’s wastewater treatment plant and an anaerobic digester. The system uses heat generated by the plant to heat the brewery’s pasteurization, so less steam is required to heat the breweries tunnel pasteurizers, which leads to major energy savings. The CHP system has been designed as dual fuel module and can be operated on biogas or pipeline natural gas.

“This is an exciting investment for Yuengling, not only because of the many savings and advantages that the facility will create for the brewery’s economy,” Ulrich Nielen of 2G Cenergy, “but also because this is a significant milestone in our growing presence in the American brewery market segment.” 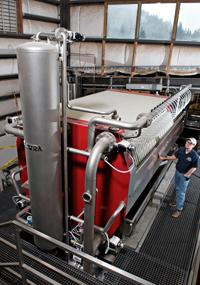 Brewed out in remote Alaska, the Alaskan Brewing Company must ship many of their ingredients hundreds of miles. In order to reduce its carbon footprint and cut costs, the brewery hopes to reach net-zero status — and it is well on its way.

It established the mantra “beer powered beer,” meaning that it recycles as many ingredients and uses as much self-generated energy as possible. For example, in 1998 it was the first U.S. brewery to install a carbon reclamation system, which captures CO2 released during the brewing process and uses it to package the beer and purge oxygen from holding tanks.

In 2008, Alaskan Brewing found a way to balance innovation, quality, and efficiency with the installation of a Belgian-based mash filter press. This technology reduces the amount of water, malt and hops needed to make the beer. The mash filter saves nearly 2 million gallons of water per year and uses 6 percent less malt to make the same amount of beer as the traditional brewing process.

In 2011 the brewery installed a steam boiler fueled entirely by its spent grain from the brewing process, which helps reduce its oil use by 65 percent. The $1.8 million system burns the dried spent grain to create steam, which then powers the entire facility. The system is expected to save the company $450,000 annually, will offset energy costs by 70 percent and pay for itself in under five years.

Not only is it sustainably powering its own facility, the Alaskan Beer Company also donates 1 percent of its proceeds from its Alaskan IPA brew to the Coastal CODE, an organization that works to protect the health of the Pacific Ocean.

Watch a video about Alaskan Beer’s sustainability practices below: 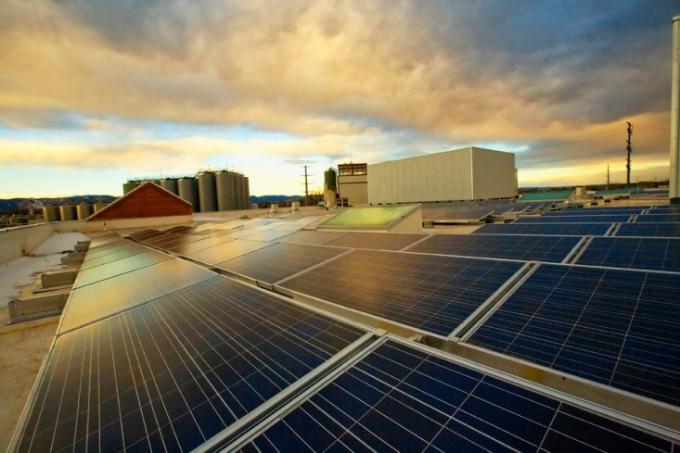 “This is not brewery tour sustainability fluff. My background is in industrial efficiency, and what New Belgium and its Colorado craft brewing peers such as Odell and Left Hand are doing is genuinely impressive,” wrote Crofton. “They’re numbers 3, 34, and 38 on the Brewers Association list of top 50 U.S. craft brewing companies for 2013, but they might as well be number one when it comes to sustainability efforts.”

Like Alaskan Brewing, New Belgium uses waste heat technology to power its brewing processes. And along with an on-site biogas system, it installed nearly 300-kW of solar PV at three different locations on its campus, and purchases wind credits through its local utility. 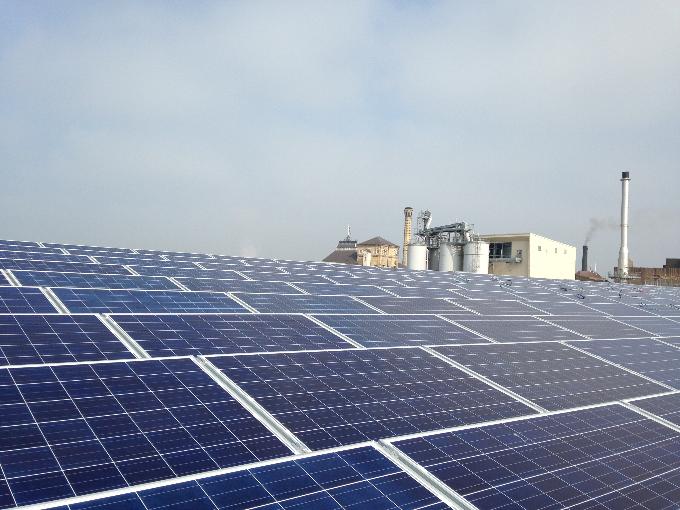 Heineken UK installs 4,000 solar panels on the roof of its brewery, becoming home to the largest solar panel installation at any brewery.

A first for larger-sized breweries in the U.K., Heineken’s John Smith’s Brewery will be fuelled by solar energy. The installation, the largest of any U.K. brewery, consists of more than 4,000 solar panels, similar to the project installed at its Netherlands brewery in 2013. This marks the sixth solar project installed on a Heineken brewery worldwide.

“Sourcing the power we need to make our beers and cider from renewable energy sources like solar energy help us to reduce the environmental impact of our business and forms a key part of our sustainability program — Brewing a Better Future,” said brewery manager Martin Kochl.

As the first organic U.S. brewery certified in 1999, the Eel River Brewing Company believes in sustainable practices. So it’s no surprise that Eel River is also the first 100 percent biomass-powered brewery with its own wastewater treatment plant onsite.

To further its environmental efforts, its packaging is made from recycled materials and soy-based dyes. Eel River even raises its own cattle that are fed spent grains from the brewing process, which are then sold as organic beef at the Eel River Brewing Company Taproom and Grill.