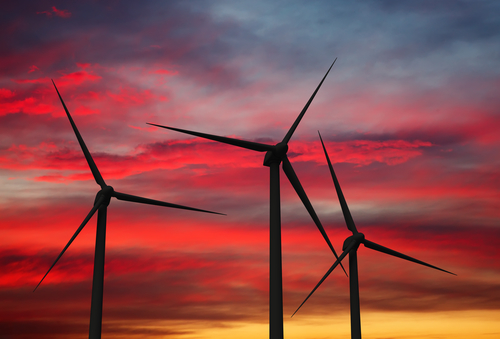 Last week, both houses of the U.S. congress passed versions of a tax reform bill. As readers might recall, tax reform was one of the platforms on which Trump ran for president and getting a major tax reform bill passed would be a big win for him. Each version of the bill has implications for the renewable energy industry but the wind industry is particularly worried about the House bill.

The bill that was passed by the Senate Finance Committee (not the full Senate) keeps all provisions for renewable energy tax credits in place, however it doesn’t include any extensions for the renewable energy technologies (biomass, geothermal, fuel cells and incremental hydro among others) that were previously omitted from the past tax credit extension.

The bill that was passed by the entire U.S. House of Representatives is cause for major concern for the wind energy industry.

“The House is proposing to retroactively change the rules for investment in wind power years after contracts have been signed and turbine orders placed,” said AWEA spokesperson Evan Vaughan in an interview on Friday. The bill “would have potentially disasterous implications for the wind industry’s growth and the manufacturing supply chain,” he said.

By making modifications to the “start construction” language, eliminating the safe harbor clause and eliminating the inflation adjustment for the production tax credit (PTC), project developers who may have already signed contracts in 2015 or 2016 but haven’t yet put a shovel in the ground are now in a terrible position.

“Companies are faced with two bad options, either take substantial loss on the value of their project because they would be losing a substantial amount of value on the credit or walk away entirely,” said Vaughan, adding that the bill is already having a chilling effect on the market.

“Companies can’t go back in time to start physical work to qualify so they would have to requalify,” said Vaughan adding that requalifying at a non-inflation adjusted rate would mean that a project that had been looking forward to a 2.4 cent-per-kWh PTC would now be looking at 1.5 cents. “The best they could do in 2017 is 80 percent of 1.5 rather than 100 percent of 2.4,” he said.

On the plus side for renewable energy, the bill extends the current ITC with the phase-out in place, to the “orphaned” technologies that weren’t included in the original 2015 tax credit bill.

Representatives will resume deliberations on tax reform once they return to Washington on November 27.  Renewable Energy World will continue to update readers on any new developments.