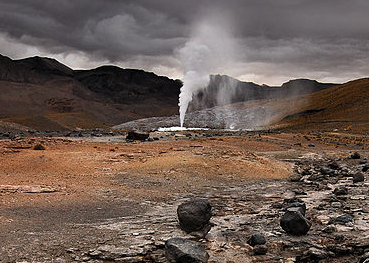 According to U.S. Geothermal, the three wells extend the proven portion of the southwest zone of the project approximately 1,000 feet further south and are expected to increase the P90 (90 percent probability) reservoir estimate of 18.7 net MW, announced in January, toward the 47 net MW P50 (50 percent probability) level.

The increased capacity would be in addition to the 10 MW being produced by the San Emidio I plant from the Northwestern reservoir area at the project.

“We are very pleased to report the excellent drilling results at our San Emidio II project, that have exceeded our expectations in terms of temperature and generation potential,” U.S. Geothermal CEO Dennis Gilles said in a June 29 statement. “Having the ability to add a larger power plant to our San Emidio complex will help reduce capital and operating costs, and give us a very cost competitive project. Additionally, it will allow us to deploy the previously acquired power plants, whose acquisition we had announced in early 2016.”

U.S. Geothermal said that it plans to perform a long-term flow test to provide more detailed information about the reservoir and determine the maximum level of generation. In addition, a large generator interconnection agreement for 45 MW was filed with NV Energy on June 26 for the San Emidio II project.