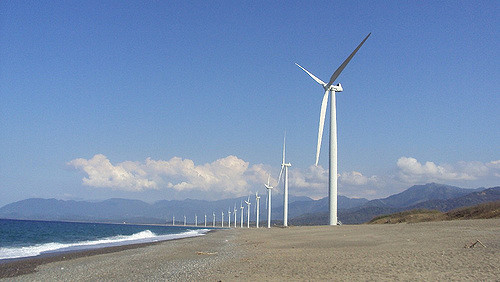 Renewable energy companies in emerging markets in Africa and Asia frequently lament the shortage of financing as the main barrier to scaling decentralized solutions, such as rooftop solar and mini-grids. But at a summit in early June, industry leaders singled out the lack of supportive national energy policies as the biggest obstacle to accelerated growth.

The decentralized renewable energy industry, which will play a central role in solving energy poverty for the 1.1 billion people (17 percent of humanity) worldwide without access to electricity, is booming, and significant advances in policy are being made. However, much more needs to be done, according to investment, business and civil society leaders at EnergyAccessX, an official initiative of the Clean Energy Ministerial (CEM7) held in San Francisco.

“Policy and finance have to catch up with technology,” said Rachel Kyte, CEO of Sustainable Energy for All and special representative for the UN Secretary-General.

Policy and regulatory changes can have a transformative effect on energy access and result in more rapid deployment of distributed renewable energy. Such changes include dedicated electrification targets, and fiscal and other incentives that focus on specific renewable energy technologies (i.e., exemptions on value added tax (VAT) and import duties).

In recent months, many national governments have expanded existing targets and policies for decentralized renewables or created new ones, global renewable energy multi-stakeholder network REN21 said in a report released at CEM7.

According to the report, Kenya, Rwanda, Sierra Leone and Tanzania all removed VATs on solar products. India removed excise duties on decentralized solar systems, and Uttar Pradesh (the Indian state with the most people lacking access to energy) announced plans to waive its VAT on solar energy equipment, while introducing a 30 percent investment subsidy for mini-grids.

Rwanda approved a policy that included a target of 22 percent of its population with decentralized systems by 2018, while Tanzania announced a target of 1 million solar installations by the end of 2017, which is expected to supply solar electricity to 10 percent of the nation’s population and create over 15,000 solar jobs. Ghana launched a home solar program to provide electricity to 100,000 households. Sierra Leone has pledged to solarize at least 250,000 homes by next year.

Nicole Poindexter, CEO at Energicity, said that “policy framework to de-risk financing is the top need” to achieve universal energy access. This was echoed by Shell Foundation deputy director Pradeep Pursnani, who said “policy is a massive barrier,” calling specifically for a disruption in tariff setting. Besides pricing, Poindexter said more policy clarity is needed around how decentralized assets will be treated if the centralized grid is extended, and around government expectations of service quality.

Disruption is also needed in government mind-sets, added Richenda Van Leeuwen, the former head of UN Foundation’s energy access initiative. Van Leeuwen stressed the need for more evolved thinking not just from energy ministries, but across governments, where other ministries responsible for health, education, finance and rural livelihoods are often more receptive and proactive on energy access. Policy reform must simultaneously be undertaken at the sub-national level, not just the federal level, she added.

Tarun Kapoor, joint secretary at India’s Ministry of New and Renewable Energy, told EnergyAccessX that New Delhi was in favor of a policy environment that is favorable to private decentralized renewable energy companies, but those policies must ensure sustainability of business models. “Households are very used to the government,” he said. “Even if the government wanted to run away, the people won’t let us.”

A consensus at EnergyAccessX was that a key to achieving policy movement is providing stronger data and success stories, and making sure that the narrative of the transformative power of decentralized solutions not only comes from the private sector and NGOs working to solve energy poverty, but is peer-to-peer, i.e. from the governments which are actually doing the work to make it happen. It was also stressed that no single policy lever is the answer.

Gemma May, advisor to the Energy Africa campaign of the UK Department for International Development, pointed out that a single policy focus is unsustainable. “It’s not any one policy, it’s a suite,” she said, reiterating the “need to tell stories on steroids.”

“There are no markets without governments,” said Hal Connolly, SVP of programs at the Climate Reality Project. “Clean energy is affordable, and it’s a policy decision for every country. That’s the story we need to make sure governments understand.”