Climate change is not only coming, it is coming at a rate that realizes climate scientists’ worst fears. All scientific evidence points not only to the need for action but the need for prompt action.

In anticipation of the UN summit in Copenhagen to construct a new international agreement on how to fight climate change opening on December 7, Mitigating and Preparing For Climate Change – Eleven Conservation Principles for Decision Makers, from the Society for Conservation Biology (SCB), offers a set of 11 sound, science-based guidelines that will turn the world’s fight against climate change in the right direction.

The proposal cites ample evidence of the changes already taking place and the costs that will be incurred to reverse them and demonstrates that the longer the world community waits to implement New Energy and Energy Efficiency and end the spew of emissions, the more it will cost to protect and redeem this good earth. ::continue:: 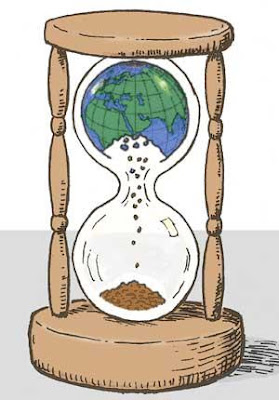 (1) All policies, incentives and plans should aim to cut the concentration of greenhouse gas emissions (GhG) from its present ~390 parts per million (ppm) to 350 ppm as soon as possible.

(2) Cap and cut GhGs in every human activity (like energy production, buildings and transportation) and every sector, including agriculture, animal husbandry, and forestry.

(3) Stop deforestation and restore ecosystems that have been lost.

(4) Phase out everything that spews GhGs as soon as possible, starting with the dirtiest (like old coal plants).

(5) Enact and ratify GhG-capping and cutting measures only after thorough study of their intended and unintended consequences.

(6) Fund reforestation and wildlife habitat restoration and measure for adaptation.

(8) Public and private investment and procurement should reflect the goal of cutting GhG concentrations to 350 ppm.

(9) All caps and regulations should be applied with scientific validation and transparency.

(10) Aim only for best practices in the New Energies (such as wind, solar, geothermal, hydrokinetic and bioenergies) to eliminate GhG spew, not compromises that protect the old ways and Old Energies. 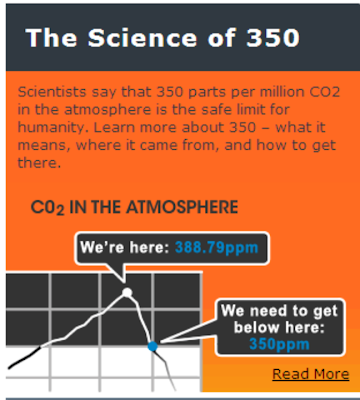 This post is based on Tropical Rainforests At Tipping Point, November 28, 2009, Society for Conservation Biology