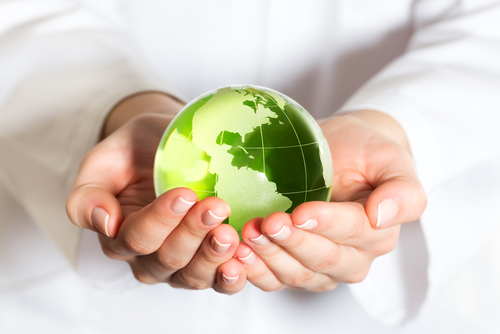 If the world is serious about halting the worst effects of global warming, the renewable energy industry will require $12.1 trillion of investment over the next quarter century, or about 75 percent more than current projections show for its growth.

That’s the conclusion of a report setting out the scale of the challenge facing policymakers as they look for ways to implement the Paris Agreement that in December set a framework for more than 195 nations to rein in greenhouse gases.

The findings from Bloomberg New Energy Finance and Ceres, a Boston-based coalition of investors and environmentalists, show that wind parks, solar farms and other alternatives to fossil fuels are already on course to get $6.9 trillion over the next 25 years through private investment spurred on by government support mechanisms. Another $5.2 trillion is needed to reach the United Nations goal of holding warming to 2 degrees Celsius (3.6 degrees Fahrenheit) set out in the climate agreement.

“The clean energy industry could make a very significant contribution to achieving the lofty ambitions expressed by the Paris Agreement,” said Michael Liebreich, founder of Bloomberg New Energy Finance, a London-based research group. “To do so, investment volume is going to need to more than double, and do so in the next three to five years. That sort of increase will not be delivered by business as usual. Closing the gap is both a challenge and an opportunity for investors.”

The required expenditure averages about $484 billion a year over the period, compared with business-as-usual levels of $276 billion, according to Bloomberg calculations. Renewables attracted a record $329 billion of investment in 2015, BNEF estimates.

While the figures are large, they’re not as eye-watering as the International Energy Agency’s projection that it will cost $13.5 trillion between now and 2030 for countries to implement their Paris pledges, and that an extra $3 billion on top of that will help meet the temperature target. Those figures aren’t just limited to renewables: they also include energy efficiency measures.

Envoys from 195 nations sealed the first deal to fight climate change that binds all countries to cut or limit greenhouse gases at a United Nations summit in Paris last month. They agreed to hold temperatures to “well below 2 degrees Celsius above pre-industrial levels and to pursue efforts to limit the temperature increase to 1.5 degrees Celsius.”