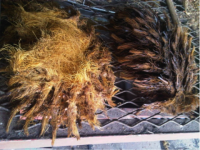 Palm oil may seem a natural food and biofuel, but has instead ended up as a flashpoint of environmentalist suspicion and increasingly shut out of certain global markets. The European Union, the world’s largest single market, has imposed increased import restrictions and labeling requirements on palm oil. It also has specific exclusions under the new U.S. renewables standards, and environmental groups target its users ranging even down to chocolate candy bars. Destroyer of rain forests, instigator of deadly Southeast Asian haze clouds, orangutan-killer — where did it all come off the rails?

In turn, there has been a backlash from vilified producers who have increasingly decided to abandon the markets where additional environmental hurdles have been imposed.  Palm oil for food is increasingly marketed for the fast growth domestic markets and compliance with policy restrictions from users is only grudgingly followed, post facto.  For palm biofuels, the focus has mostly narrowed to only specific regional Southeast Asian subsidies for blending.  Now, any green aspect in palm oil is becoming circumstantial, rather than as an inherent positive strength.

Poisoned by Its Promise

Also, once positive consideration of environmental benefits becomes irrelevant in the balance (or also balance sheet for that matter), then the producers feel an incentive to abandon plantation lands after one growth cycle and move on to more fertile soil, which is accessed by deforesting such large-scale prime rainforest.

Similarly, the need to expand outwards geographically concentrates corporate focus on the expansion of distance itself — rather than increasing and intensifying the existing revenue potential.  For example, from the palm harvest itself, when wastewater and waste biomass such as husks, shell kernels and fibers are stripped away, only about 10 percent or so of the initial weighting yields the revenue-generating palm oil.  The rest becomes waste, which is often simply abandoned or, in the case of wastewater, grudgingly treated as a budgetary cost item requiring treatment before discharge. Simply, 90 percent or so of the effort is thrown away.

Between the concentrated cities and virgin forest though, one first passes hours of abandoned and seemingly characterless lands marked with a hodge-podge of desultory small occasional dwellings, stunted smaller plantings and other lands neither developed nor returned to nature — which simply seem “tacky” more than terrible, and would not be mentioned in a travel journal.  A depressing analogy would be that of the exurbia sprawl of converting ex-farmland into remote mansions rather than revitalizing a more concentrated urban core.

These “tacky-lands” may be the pathway for newer corporate entrants seeking to increase revenue while also seizing green-oriented market share.  WWF estimates that in Indonesia alone, there are 20 million hectares of such idled or abandoned land.  Further, local government is often keen to support such renewed utilization in such areas where current use is scattered and employment opportunities are sparse.

By focusing on an inward geography, the significant palm waste biomass such as from the empty fruit bunches (the husk and shell parts leftover after the palm oil has been squeezed out). These pieces are currently thrown away and often rot by the side of roads and fields, but they can provide stable electric power at even cheaper costs than the current diesel gensets. 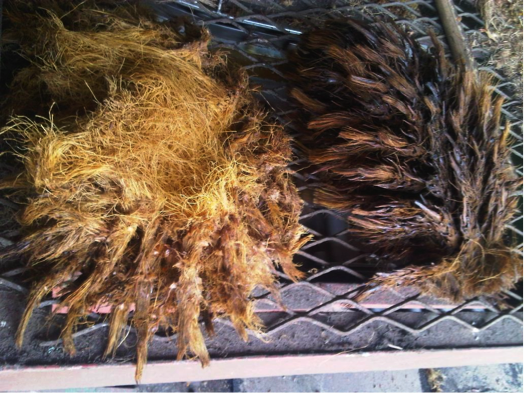 Similarly, the wastewater that is now kept in open-air lagoons to biodegenerate could be simply utilized to capture biogas.  This simple technology and model have already been established in multiple palm mills in Malaysia and parts of Indonesia. 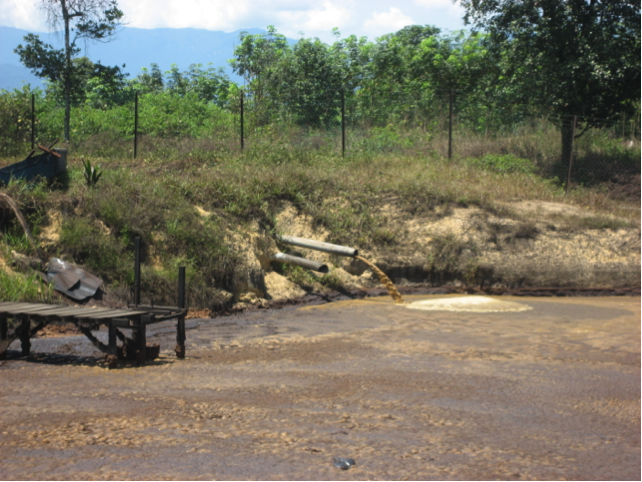 In addition to the palm oil as biofuel itself, the wastewater ponds also present an intriguing new revenue possibility via 3rd generation biofuels, namely algae.  These ponds are “downstream” from the above-mentioned biogas ponds and are currently not utilized at all.

Also, these “green” plantations could more easily pick up the market share for environmentally friendly certified biofuels and foods that unsustainable palm oil production is leaving behind today. As very few alternatives to palm oil exist in commercial industrial food production, the food industry will be happy to find a new source of sustainable palm oil.

Whereas new oil palm plantations are generally established on hard-to-access rainforest land, such palm exurbia lands tend to be located in areas with existing infrastructure including access roads and trained local manpower. An added benefit of this practice is that it will sustain the local economy (and such “externalities” could then be used as a bargaining chip in negotiations for tax and other concessions with local governments).

In Praise of a Green Exurbia?

While proponents of the massive fresh-deforestation palm projects may scoff at such an inward palm exurbia corporate model, there are enough offsetting advantages to give such model a financially viable alternative look. While there may not be one singular “home run” revenue or compelling rationale, each smaller revenue stream adds up and it can be especially useful in regions where land supply is limited.

Finally, it doesn’t hurt to own property in an area of growth, which is exactly what such exurbia land, tacky or otherwise, ultimately is — real estate.