The policy landscape for UK renewables has been frustratingly ad hoc, but the building blocks are now roughly in place for a dramatic transformation of the industry. 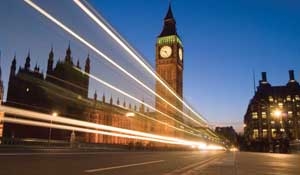 First the reality check. The recent EU Commission Progress Report on renewables scores the UK two unhappy faces; one for progress made towards the 2010 electricity targets and one for progress on biofuels.

A graph showing the share of renewable energy across Europe’s heating sectors puts the UK bottom, with the exception of Malta. And Malta does not spare our blushes, boasting no renewable heat at all. The routine confusion between an energy policy and an electricity policy, thus marginalizing heat and transport, is a prime cause of concern. Heat, as the biggest single use of energy in the UK, is worthy of careful attention and dedicated support.

On the back of a major Renewable Energy Tariffs campaign there has at last been a conceptual and legislative breakthrough. The UK’s horizons are finally expanding to take in both the full breadth of renewable technologies and the breadth of potential investors. And just in time to keep the prospect of hitting the 2020 targets alive.

Under the 2008 Energy Act, a package of Renewable Energy Tariffs are proposed that reach the long-neglected parts of the industry. Credit must be given to Climate Change secretary Ed Miliband and energy minister Mike O’Brien, who did not let the set up of a whole new department, the Department of Energy and Climate Change (DECC), get in the way of rapid action to include feed-in tariffs in the Energy Bill during its final stages.

Firstly, the tariffs seek to make renewable energy an attractive proposition for all. With less than 100,000 microgeneration installations in the UK, it is abundantly clear that the Renewables Obligation (RO) and stop/start grants have failed to ignite the public imagination and enabled the industry to do little more than tread water.

The RO was, of course, never designed for non-specialists. Conversely, the aim of feed-in tariffs is to provide a user-friendly and attractive long-term proposition for everyday people and organizations. The potential of this approach was illustrated by the sheer breadth of the feed-in tariff campaign coalition, which included everyone from the unions and NGOs, the Country Land and Business Association (CLA), to the British Retail Consortium and even songstress Lily Allen.

The Energy Act 2008 provides for tariffs for local power projects up to potential 5 MW in size, allowing for community wind and for larger applications by the largely untouched public and commercial sectors. The government have committed to bring these in by April 2010, with a promise from the Conservative opposition party that the measure will be picked up in their manifesto if the current government fails to deliver.

Then at last is the Renewable Heat Incentive, which REA is confident will take the shape of a ‘feed-in’ tariff, thus providing the long-term certainty and stability the industry so badly needs for sustained growth and investment. Nonetheless, ever an after-thought, renewable heat is currently on a slower track for implementation with a post-election target date of 2011. In fairness to the government, the proposed heat tariff is a bold step – arguably an international first and one that will be watched with interest by other countries. But that can be no excuse for delay.

Finally, renewable gas, previously barely heard of in UK policy circles, has also been piggy-backed along with other more prominent tariff measures. This will at last provide a commercial driver for the injection of biomethane into the natural gas transmission system. A report by National Grid estimated that under a ‘stretch’ scenario, renewable gas could provide almost half domestic sector requirements by 2020. This measure, combined with the removal of anaerobic digestion (AD) digestate from waste management classifications, plus a £10 million (€11 million) injection from the 2009 Budget, has put a very noticeable bounce in the step of biogas companies.

Together all these measures could comfortably provide half the renewable energy target by 2020, and they bring in from the cold technologies that have not received the attention they so richly deserve. Of those technologies already benefiting from consistent support under the RO, many are also enjoying a boost with the commencement of the banding provisions in April 2009. This will ensure the RO offers support to a much more diverse array of technologies. Advanced waste conversion technologies like pyrolysis and gasification, as well as AD, seem to be particularly buoyant.

So, despite a gloomy recession, if politicians hold true to the harsh fact that, as opposition leader David Cameron said, ‘we cannot afford not to green,’ the forecast is good. Yet we are far from through the turbulence that began in 2008.

As if international financial meltdown did not provide enough excitement, the government’s handling of the Low Carbon Building Programme put the on-site industry on an unwelcome rollercoaster ride. Heading for an over-spend on its popular photovoltaic stream and an under-spend overall, the government left the industry dangling until the Budget. The Chancellor’s £45 million (€51 million) was welcome and necessary to sustain the industry pre-tariffs. Particularly since the Carbon Emissions Reduction Target (CERT), the energy supplier obligation, does not yet appear to have significantly boosted the sector, although there are undoubtedly interesting developments under CERT.

Elsewhere, the Renewable Transport Fuels Obligation (RTFO) entered into its second year in spring 2009. With its inception dogged with controversy over the environmental impacts of some international biofuels, the UK industry has struggled to articulate its exceptional sustainability credentials above the clamour.

In fact, some 99% of UK biofuels met the new UK sustainability standards, compared to an international average of just 18%. UK biofuels also achieved greenhouse gas savings averaging 70%. In that context, the industry was disappointed the government did not stand by its own world-class industry, and indeed the government’s own world-leading sustainability performance standards. The government instead slowed the RTFO in the wake of the Gallagher Report and threw the industry into chaos with a drafting error in the RTFO order that effectively halved the RTFO targets for the first year. With a target of 3.25% for 2009–2010 the industry hopes for calmer sailing. No one in the industry can fail to have heard the broader concerns around biofuels, but the establishment of a functioning market is the basis for private sector investment in technological innovation.

While government has focused on expanding centralized renewable power with consistency, even here, the industry still battles frustrating blockages. There has been progress in connecting the grid queue with almost 1.5 GW of projects identified as ripe for early connection by National Grid under interim arrangements. Yet the industry needs these ‘connect and manage’ arrangements, which ensure connection in a reasonable time-frame, to now bed down within a long-term framework.

Tensions continue with regulator Ofgem’s remit – something addressed only with limited success in the Energy Act – which has pushed auctioning network access as a solution and has apparently backed removing ‘embedded benefit’ from local generators, thus overcharging decentralized installations for network access.

There is also concern that the local networks are ready – following Distribution Price Control Review 5 – to receive a substantial increase in distributed power when feed-in tariffs go live in 2010. And, the recent emboldened announcement on smart meters for all by 2020, brings the prospect of renewable energy enabling intelligent networks closer.

For marine renewables, the new government appetite for industrial activism could bode well, especially where the £405 million (€461 million) Low Carbon Investment Fund is concerned. With the UK still taking an international lead on marine technologies on engineering and intellectual capital, the government is becoming increasingly active in its bid to transform this into commercial success.

However, the problems with the Marine Renewables Deployment Fund and the stringent criteria that it imposes, are known to present a major obstacle to development cash. Nonetheless, the Crown Estate bidding round for projects in the Pentland Firth provided an exciting insight into the growing vitality of tidal technologies – with a stunning 38 applications for projects up to 300 MW in size.

The industry is urging the UK government to act with a greater sense of urgency and undertake not the preliminary study proposed, but a full Strategic Environmental Assessment for England, so similar activity south of the border can start as soon as possible.

The international prominence of renewable energy as a positive response to global financial meltdown is certainly helping stimulate political ambition at home – and that ambition, with resources to match, is absolutely essential to ensure the UK industry can keep pace internationally.

Certainly there are serious immediate concerns. Most frustrating is the slow pace of UK action on access to finance, particularly given the huge potential leverage the UK government should have over its disgraced financial institutions. Low energy prices resulting from falling demand are also a concern for the sector, but the IEA are clear that, recession or not, the energy crunch is coming.

If we can ensure the government of the day act speedily and intelligently to pull the levers at their disposal, then in 2010 the renewables industry could indeed start to emerge as an engine of green growth for the UK.