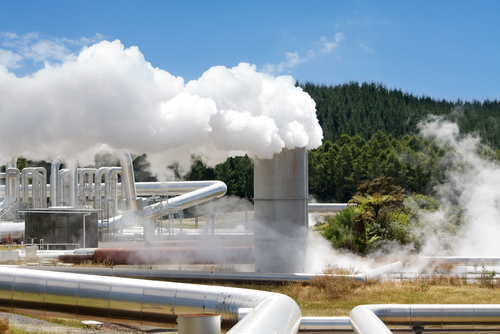 Sovereign fund China Investment Corp., Malakoff Corp. and Ormat Technologies Inc. are among companies weighing bids for Chevron Corp.’s Asian geothermal assets, which could fetch as much as $3 billion, people with knowledge of the matter said.

Chevron, the largest U.S. oil producer after Exxon Mobil Corp., has slashed headcount and canceled drilling projects to slow the exodus of cash as prices in the world energy markets spiral downward. The company is also seeking buyers for its stake in an Indonesian oil and natural gas field and for a 75 percent stake in its South African unit, people with knowledge of the matter have said.

The San Ramon, California-based company joins ConocoPhillips and Apache Corp. in selling assets as oil prices hover near the lowest level in more than a decade. Brent, the global benchmark, dropped 35 percent last year for a third annual loss.

Citigroup Inc., which is advising Chevron on the geothermal asset sale, will call for indicative bids by the end of next month, the people said. Deliberations are at an early stage, and there’s no certainty the suitors will submit bids, according to the people. Some potential buyers are considering partnering for joint offers, they said.

A spokesman for Mitsubishi, who asked not to be named citing company policy, said by phone the Japanese company is “studying whether or not to bid.” Medco Power President Director Fazil Alfitri said by phone the company is interested in acquiring Chevron’s geothermal assets and will seek a partner for a joint bid. The Indonesian company is jointly owned by local investment firm PT Saratoga Investama Sedaya and oil and gas producer PT Medco Energi Internasional.

A spokesman for Chevron said the company does not comment on mergers, acquisitions or divestitures of its assets.

Chevron’s main Asian geothermal holdings, which generate energy from the earth’s heat, are in Indonesia and the Philippines. It owns Indonesia’s Salak fields, which are one of the world’s largest geothermal operations and supply a power plant with 377 MW of total capacity, according to its website. Chevron also has a 40 percent interest in Philippine Geothermal Production Co.