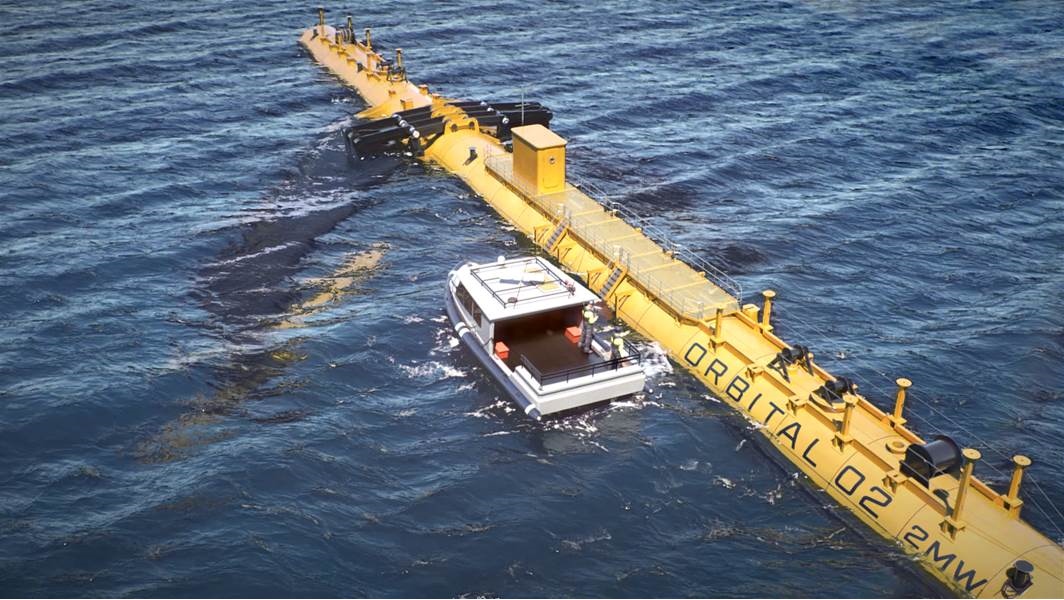 Orbital Marine Power has signed a strategic contract with SKF for the supply of the fully integrated power trains on its upcoming O2 2-MW floating tidal turbine, which will enter operation at the European Marine Energy Centre (EMEC) in Orkney, Scotland, in 2020.

Orbital says this latest announcement builds on an existing agreement, which sees the blade pitching hubs for the machine also being supplied by SKF.

Orbital has been working with SKF for the supply of bearing and sealing components since 2011, for its 25-0kW unit and the SR2000-2MW unit.

“At Orbital Marine we are about delivering a total, innovative solution that enables low cost tidal stream energy,” said Orbital Marine’s Chief Executive Officer Andrew Scott. “Commercialising our technology will create an entirely new global market for power generation equipment and services and we are delighted to be working with SKF to unlock this.”

Orbital’s contract with SKF follows recent contract awards as part of the overall build program for the O2, including the O2 manufacturing contract to TEXO Group in Dundee and an anchors contract to FAUN Trackway in Anglesey.

The Orbital O2 will comprise a 72-m-long floating superstructure, supporting two 1-MW turbines at either side. With rotor diameters of 20 m, it will have a 600 sq m rotor area, the largest on a single tidal generating platform to date.

Orbital (formerly called Scotrenewables Tidal Power Limited) is a Scottish company focused on the development of a tidal energy turbine technology capable of producing a step-change reduction in the cost of energy from tidal currents. The company’s floating technology offers a low-cost solution for simplified and safe manufacture, installation, access and maintenance, along with the ability to use low-cost, small workboats for all offshore operations.